It’s 10:15 p.m. and you finally find the opportunity to put your feet up, your headphones in and unwind by listening to some music after a long day of classes, homework, clubs, sports and socializing. Suddenly, while scrolling through iTunes on your phone, you notice something: 11 new songs have been automatically added which you certainly didn’t add yourself. Did your parents, brother or sister download them and they’ve transferred through iCloud onto your apple device? Nope. Something completely unexpected has been thrust upon you–and for no apparent reason.
As of September 11, 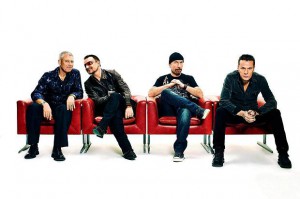 2014, Irish rock band U2 has further bolstered its alliance with iTunes, forcing their most recent album, “Songs of Innocence,” upon anyone who has an iTunes account, which is automatically downloaded (and difficult to remove), free of charge. Apple is reported to have paid the band over $100 million as part of the agreement. But what kind of advertising has the multi-billion dollar company succumbed to? The forced installation of unwanted music?
U2 fans may think, “well gee, a free album from the band is nothing but a gift.” But for those who aren’t into U2, this might seem to an unjust move, particularly for those who find pride in their music collections.
It starts to seem a bit daunting once one begins to imagine if this were just a trial run for Apple’s new thematic way of advertising. What if this escalates to be a regular occurence, Apple forcing multiple albums of songs from assorted artists to download on everyone’s Apple devices? One might even begin to question if their iPods were their own.
In addition to this album appearing amongst your music, the removal of U2’s album is a bit of a hassle. One must set their iCloud account to not automatically add songs, and even then you cannot easily delete the entire album off of your iPhone or other Apple device.
From the perspective of the members of U2, unexpectedly and automatically receiving a free copy of their most recent album is a bonus. But, unfortunately for much of the general public, including several celebrities, such a bonus isn’t only unanticipated, but also unwanted, to the point of being repelled. Rapper “Tyler the Creator” tweeted that finding U2 on his phone is like “Waking up to a pimple.” Celebrity Warren Ellis reacted to iTunes undesirable free gift by tweeting, “Apple owes me a new iPhone, because I had to purify this one with fire after finding a U2 album on it.”
Mayor Bloomberg reported Apple has over 800 million iTunes users in 2014, which results in a hefty amount of outraged music listeners.
Music is a form of freedom, enhancement, individual expression and often a safe way to mentally escape many of the stresses of daily life. It is valid to question the consequences of what Apple has  done by placing an artist’s work on everyone. It has caused many to think about what this means for the future of music and the music industry, as the corporation threatens the private spheres of music listeners around the world. Such a form of advertising is questionably intrusive, and perhaps even unnecessary.
The fact that Apple would provoke forced advertising leads to questionable concerns regarding the future of the company. However, with the feedback that has been given by Apple customers around the globe, maybe Apple has introduced this technique for the last time.