In the aftermath of the disturbing and poorly handled Ray Rice situation, the NFL and Commissioner Roger Goodell were in a state of limbo after receiving heavy criticism from players and fans. Just four days after Rice was released and suspended indefinitely, the NFL had another one of its stars in trouble. The player in question was Minnesota Vikings superstar running back Adrian Peterson.

Peterson was indicted on September 12 for reckless and negligent injury to a child regarding an incident in May. According to Peterson in a statement to authorities, he repeatedly struck his four-year old son with a switch (tree branch) after the child refused to share a video game with his brother. Peterson described the beating as a “whooping” and the child sustained scratches and marks to his arms, legs, torso and groin. Since his indictment, Peterson has defended his right to discipline his child, but he appears to be unaware of the fine line between discipline and abuse. In his apology, Peterson stated, “I am not a child abuser,” but he was willing to change his disciplinary methods.

Only hours after Peterson was indicted, the Vikings deactivated him for their Week 2 game against the New England Patriots. The team then made a questionable move activating him for their Week 3 matchup against the Saints after being on the receiving end of a 30-7 blowout. However, Peterson’s reinstatement was swiftly met with negative reception so the Vikings decided to place Peterson on the exempt/commissioners permission list. This means that Peterson may not participate in any team activities, but will receive a full paycheck until his case is resolved.

Unfortunately for the NFL, the players and fans alike, the Adrian Peterson case has already been questionably handled and some aspects of the case’s timeline are disconcerting. Peterson went before a grand jury in August regarding the incident but the jury decided against indicting him. Vikings Head Coach Mike Zimmer also gave Peterson a “veteran day off” the day before he was indicted. While this doesn’t mean that a cover-up took place, it is still strange. After the Ray Rice cover-up by the Ravens, fans are going to be skeptical when hearing details such as this. Peterson has also been allegedly linked to a case of child abuse from 2013 regarding another one of his four-year old sons. While no charges have been filed in this case, a text conversation about the incident between Peterson and the boy’s mother could be used to bolster the current case against Peterson.

Since the report of the incident, the reaction from players and fans has been divided. On one side there are those who believe that Peterson has every right to discipline his child, which reflects an “old-school” mentality towards parenting. Current NFL players including Reggie Bush and Calvin Johnson of the Detroit Lions have shown support for Peterson. The other side of the argument is comprised of those who believe that Peterson’s actions are unacceptable and unnecessary. Regardless of whether you think Peterson was right or wrong in his actions, what needs to be remembered is that we are talking about two four-year old children. The number one priority of the NFL must be to make sure Peterson’s children are safe and receive the support they need. So far the NFL has not reached out to the children but local authorities are seeking a protective order that would bar Peterson from seeing his children while unsupervised. 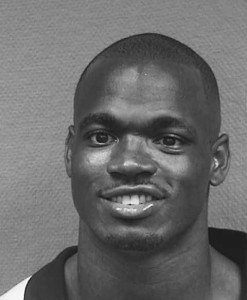