The 2014 NFL season is already in its fourth week. It is time to see who fantasy owners should start and sit in order to achieve glory for Week 4.

Kirk Cousins, Quarterback (Washington Redskins): With Robert Griffin III sitting on the sidelines with a dislocated ankle, it is once again Kirk Cousins time in D.C. After replacing RGIII in Week 2, Cousins threw for 252 yards and two touchdowns. Then in Week 3 he threw for 427 yards and three touchdowns, proving that he is for real. Going up against an average New York Giants defense, expect Cousins to continue proving his worth and even possibly pushing Griffin into a backup role when he returns.

Lamar Miller, Running Back (Miami Dolphins): Since opening day starter Knowshon Moreno will miss multiple weeks due to a dislocated elbow, Miller is a smart pickup. This week the Dolphins play the Raiders, who struggle to stop the run, or the pass. In fact, if you have any player on offense facing the Raiders, start him. Expect Miller to both run for and catch a touchdown.

Sammy Watkins, Wide Receiver (Buffalo Bills): Week 2 was Watkins’ breakout game in his young career. When the Bills traded up to the fourth overall pick, Buffalo fans had every right to be excited. During his matchup against the division rival Miami Dolphins, Watkins had eight catches for 142 receiving yards and one touchdown. Playing against a weak Texans defense, expect a monster game from Watkins. He has that rare talent in which he is a threat to break for a big gain on any play. The Bills finally did something right.

Eli Manning, Quarterback (New York Giants): Giants fans were hoping that this would be the season that Manning reverted back to his old Super Bowl winning ways. But that has not been the case. While their slow start is not entirely his fault, Manning has not helped the cause. He has thrown multiple interceptions in his first two games and the Giants non-existent run game will allow the Redskins defense to have a field day. Expect Redskins’ star linebacker, Ryan Kerrigan, to be in Manning’s face all night.

Chicago Bears Defense: During their game against the 49ers in Week 2, the Bears defense intercepted Colin Kaepernick four times. But in that victory, they also lost arguably their best defender for the rest of the year. Corner back Charles “Peanut” Tillman tore his right triceps and was later put on injured reserve, ending his season prematurely for the second straight year. This week the Bears face Aaron Rodgers and the Packers. With Rodgers’ plethora of receiving options, the Bears will struggle to make defensive stops all game long. If they want to pull out the win, the Bears will need to hope that Jay Cutler continues his current high level of play.

Darren McFadden, Running Back (Oakland Raiders): While Maurice Jones-Drew is still questionable after suffering a hand injury, McFadden will still be the starting running back for at least another week. But since the raiders offense is almost just as bad as their defense, avoiding all Raiders will be the best move possible for your fantasy team. 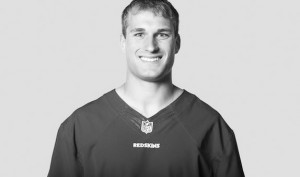