With only a couple of games left in the MLB regular season, it’s that time of year when the speculation of who will take home baseballs most prized individual awards takes place. With everyone taking a stab at who they think should win the MVP, Cy Young, and Rookie of the Year (ROY) for both leagues, here are some predictions:

American League MVP: CF Mike Trout, Los Angeles Angels:
He finished second to Miguel Cabrera the past two seasons, but this will be the year Mike Trout wins his first MVP award. Despite having a “down year”, at least by Trout’s standards, he is in line to win it. Trout has posted a .290 average, 35 home runs, 109 RBI and a .379 OBP. The AL MVP race is tight, but Trout’s numbers speak for themselves and while his average is lower than the other candidates, no one has impacted their team as much as number 27.

American League Cy Young: SP Felix Hernandez, Seattle Mariners:
Felix Hernandez was easily the best pitcher in the AL this season, posting the best numbers of his career. In 2014 Hernandez has a 2.14 ERA (2nd in AL), 219 Innings Pitched (1st), 225 strikeouts (4th) and a 14-5 record. Despite only recording 14 wins, “King Felix” gave the Mariners a chance to win every night. For a record 16 consecutive starts, Hernandez pitched at least seven innings while allowing two runs or fewer, breaking Tom Seaver’s record of 13. If not for poor run support during some of his starts, Hernandez could have been a 20 game winner. His strong year has helped the Mariners stay in playoff contention and can have them playing in October for the first time since 2001. Whether or not Seattle makes the playoffs, Hernandez is a lock to win the AL Cy Young award.

American League ROY: 1B Jose Abreu, Chicago White Sox:
The brightest spot of an otherwise unimpressive season for the Chicago White Sox has been Jose Abreu. The White Sox signed the Cuban defector this offseason, which has paid huge dividends. Abreu is hitting .321 (6th in MLB) with an On-Base Percentage of .384 and 35 home runs (4th in MLB) and 103 RBI (4th in MLB). Needless to say he is having an incredible season and it is only his first year in America. If it weren’t for playing on a team in the cellar of the AL Central, Abreu would have a good chance of bringing home the AL MVP as well.

National League MVP: RF Giancarlo Stanton, Miami Marlins
The case for the NL MVP is a difficult one  with the competition being so close between multiple players. The reigning NL MVP Andrew McCutchen is making a case for a repeat while Buster Posey and Jonathan Lucroy are right there with him. However it will be Marlins superstar Giancarlo Stanton that takes home his first MVP. The Miami Marlins exceeded everyone’s expectations this season as they not only improved but stayed in playoff contention for most of the season. That in large part has to do with Stanton’s play. He may be batting just .288 but his 37 home runs (2nd in MLB), 105 RBIs (3rd), and .555 Slugging Percentage (4th) are a big reason why Stanton takes home the hardware. He has also contributed solid defense in right field and carried Miami on his shoulders all season.

National League Cy Young: SP Clayton Kershaw, Los Angeles Dodgers:
Clayton Kershaw is quietly having one of the best seasons by a starting pitcher in baseball history. Kershaw is first in all of baseball with 19 wins and an ERA of 1.70. He also threw his first no-hitter, in which he struck out 15 and didn’t walk a single batter. While playing on an offensively strong Dodger team has helped his cause, Kershaw has dominated in a majority of his starts. This season, he has a streak of 17 quality starts. Kershaw has been the best pitcher in baseball this season by far and will undoubtedly take home his third Cy Young in four years.

National League ROY: SP Jacob deGrom, New York Mets
The NL ROY race is not a particularly strong one. It’s a two-pony race between Billy Hamilton and Jacob deGrom. Ultimately deGrom has superior numbers and will win the award. Despite a record of 8-6, deGrom posts a 2.68 ERA and 134 strikeouts. The Mets may be out of playoff contention, but their young rookie is in line to take home an award. 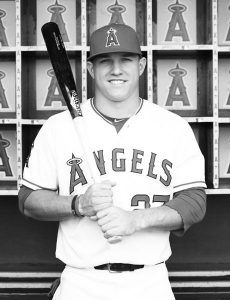