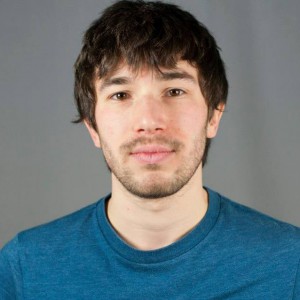 What is it about the psychological pull of senior year that makes you suddenly question the direction your education is heading?

I’ve been considering this a lot recently as I’m feeling the unavoidable inkling that perhaps the career path I’m working toward, Music Journalism, is not in fact what I want to dedicate my life to. Although incorporating music into my profession will always be a given, it’s the “how” that has been weighing especially heavy on my cluttered mind.

Despite the impressive milestone of graduating college, there is a feeling of the innocence and naivety of youth rapidly dissipating looming overhead. Even now, with still over eight months until the spring ceremony, a distinct pressure has begun to push itself onto many of us, saying, “Start savoring those red solo cups of punch, they’ll be your last for a while; it’s time to work.” While watered down punch and sweaty bus rides may not be the most savory of college staples, they will both hold sentimental values for many, I’m sure.

This prospect of trading in a hat and polo for a suit and tie doesn’t sound very exciting, so it’s easy to understand why many college students, from freshmen to seniors, approach this final year with apprehension and, frankly, fear. Fear that they’ll never get a good job or have the house they dreamed of. But, I also think it’s a fear that the fun in life is suddenly over.

We’re taught to carefully cultivate our time spent here at SUNY Oneonta, that our futures are riding on it. Whether this is true or not — and we’ll find out which soon enough — college is supposed to provide us young adults with the resources to locate our own path and learn how to start walking it. Yet, parents and relatives who look back on these years fondly never forget to remind us that “college is the best four years of your life.”

I don’t know about you, but I certainly hope not.

I get it; the spare time, the new changes, the freedom — they’re all great. But I’d be hard-pressed to believe that what we’re working toward, why we’re learning, is, in a sense, all for naught.

Perhaps this misconception exists because the reason we’re here (to gain specific skills) has the connotation that landing a job is a destination, that once we’re there we’ll be happy and content. But when I get a job, I don’t want to feel like I have stopped, like I can now play it safe or be on autopilot for the rest of my life.

So, instead of answering the first question, I’m going to ask a different one: Why does the fun have to be over on the other end of those pillars?

As much as I love writing, I can’t possibly imagine myself spending so much of my day in front of a computer, a nearly guaranteed requirement in this day and age. My internship this past summer, although incredibly rewarding in many aspects, made this even clearer.

We’re saturated with the impression that a “real,” steady job often happens in a cubicle, computers on and phones ringing. If that is the work environment that you are looking forward to, then it’s good to know you’ve found your goal. Personally, and with an understanding that our job choices may not be particularly vast fresh out of school, I am certain that eight hours a day in front of a screen will make me neither happy nor content.

This is not an epiphany for me — I could have told you for years that I don’t want to spend my life this way. What is new however, is the realization that I don’t have to. Perhaps I’m luckier than other majors in that music offers many different facets of work, most of which do involve an excessive amount of computers and similar technology, but also some that do not. And those are the ones I’m searching for, and now working toward.

I don’t think the fun has to end after we graduate.

I think we just have to start making difficult, scary decisions, many of which could have permanent effects on our future. But we always knew that.

Actually, the answer to my initial question is rather simple: It’s senior year that says it’s time to face these exact choices, and it’s damn scary!

But, if I’ve learned anything from these four years it’s that we’ve already been making difficult decisions. Decisions to go to class or sleep an extra hour; to skip a Thirsty Thursday and read that book you know will teach you something; to join a great club instead of watching another television season on Netflix. Even if these aren’t your recurring dilemmas, you get the point.

The thing is, we shouldn’t be waiting for the “real world” to start after graduation; we’re already living in it. Don’t be afraid to question where you’re heading, just know it’s only your choice to discover what’s right, not planned, for you.

The best years aren’t about to end, they’re just getting started.