Malcom Floyd, Wide Receiver (San Diego Chargers): The California native is coming off an upsetting 2013 season with just six receptions for 149 yards and no touchdowns. Floyd missed most of the 2013 season due to a gruesome neck injury. The Chargers are playing the Bills, who lost pro bowl safety Jarius Bird to the Saints via free agency, leaving them with an inexperienced secondary. Floyd isn’t necessarily a starting wide receiver on a fantasy roster, but he can be a nice matchup against certain defenses. At best, he is a flex option in a pass first offense with Phillip Rivers. In PPR leagues, he can provide depth at wide receiver, but in terms of consistency he won’t put up the numbers that owners need every week.

Shane Vereen, Running Back (New England Patriots): Vereen is a safe bet not only because he is Tom Brady’s tailback, but because the UCLA alumnus is extremely versatile in Josh McDaniels’ offense. He could earn a majority of the touches due to Stevan Ridley’s ongoing fumbling problems. Vereen is a solid PPR running back and can line up as a receiver, which makes him a threat that definitely needs to be considered every week. The only thing that’s stopping the Patriots’ running back is an injury.

Zach Ertz, Tight End (Philidelphia Eagles): Ertz has done nothing but provide permanence in the Eagles’ offense. With the departure of DeSean Jackson (via free agency to Washington) the tight end will see plenty of snaps in Chip Kelley’s offense and will thrive. Ertz is a premier red zone target for quarterback Nick Foles.
Sit:

Andre Ellington, Running Back (Arizona Cardinals): Recent reports of Ellington’s foot injury have hurt his fantasy value. He provides  depth for owners, but the Cardinals are playing the 49ers, led by pro bowlers Patrick Willis and Justin Smith. Ellington’s touches are also limited by fellow teammates Stepfan Taylor and Jonathan Dwyer. The 49ers have been snake bitten the past two years, losing the 2013 Super bowl against the Ravens, as well as losing the 2014 NFC championship against division rival and defending Super Bowl champion Seattle Seahawks.

Tampa Bay Buccaneers Defense: Tampa’s front seven is made up of multiple pro bowlers, but the Buccaneers continue to have issues in the secondary. Losing Darrelle Revis to the Patriots is a huge blow  for the defense. Even though they signed Alterraun Verner from the Tennessee Titans, it’s not enough to stop the Falcons receiving duo, Roddy White and Julio Jones. This is a Thursday night game and there is only so much rest a team can get.

Greg Olsen, Tight End (Carolina Panthers): Since Cam Newton is returning from an ankle injury, Greg Olsen’s stats will slowly decrease. The Panthers selected rookie Kelvin Benjamin (Florida State) measuring at 6’5” and 243 pounds in the first round to make big plays down the field. Newton will not hesitate to run the ball if no one is open. He’s coming off a season with 73 receptions for 816 yards and six touchdowns; these are excellent stats but he will fall victim to downfield targets, or Cam Newton running for the score. 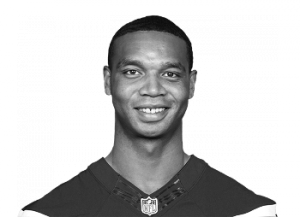 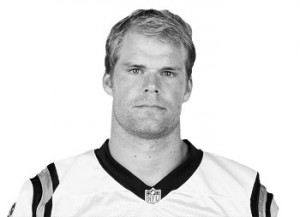