After an exciting 2013 season, the 2014 NFL campaign kicks off on September 4 when the Green Bay Packers take on the defending Super Bowl Champion Seattle Seahawks. There has been plenty of hype going into this season, especially for the polarizing 2014 rookie class and new teams looking to emerge as playoff contenders.
AFC East: Patriots (12-4)

New England came up one game short of the Super Bowl in 2013, so they went out and got arguably the best cornerback in the league, Darelle Revis, to shore up the secondary. The Patriots offense will be more consistent and the lack of competition within the division should propel New England to another division title.

AFC North: Steelers (10-6)
Pittsburgh has missed the playoffs the past two seasons, but that is likely to change. The defense has gotten younger and the offense boasts one of the better quarterback-wide receiver duos in the NFL, Ben Roethlisberger and Antonio Brown. Pittsburgh will also have a nice power run game to compliment the passing attack with the two-headed monster of Le’Veon Bell and LeGarrette Blount.

AFC South: Texans (10-6)
Houston finally has the right pieces in place to overtake the Indianapolis Colts. Quarterback Ryan Fitzpatrick does not have to be stellar. But those around him, including Andre Johnson and Arian Foster will need to step up and carry the team.

AFC West: Broncos (11-5) Peyton Manning won’t have to break records in order to win this division. The Broncos added good defensive pieces in Aqib Talib and Demarcus Ware which should take some of the weight off of Manning’s shoulders. Denver will be the only playoff team to come out of the AFC West as opposed to three teams last season.

NFC East: Eagles (11-5)
Eight wins are all that is required for the NFC East crown and Philadelphia is the only team that will crack the six-win mark. Quarterback Nick Foles will come back down to earth after a breakout year in 2013, but the Eagles are on another level offensively compared to the rest of the division.

NFC North: Packers (11-5)
The Packers were the king in the north last season despite superstar quarterback Aaron Rodgers missing seven games with a broken collarbone. Rodgers will be healthy this season and is a solid choice for MVP. Every team in the NFC North made improvements this offseason, but if Green Bay can win the division without Rodgers they should have no problem winning with him.

NFC South: Saints (11-5)
The Saints had to settle for second place behind the Carolina Panthers in 2013, but after the mess of an offseason Carolina has gone through, it is time for the Saints to take back the NFC South crown. Rookie wide receiver Brandin Cooks looks to be an early Offensive Rookie of the Year candidate and help the Saints’ already deadly passing game become even better.

NFC West: Seahawks (12-4)
The NFC West has quickly become the best division in football and that is largely due to the Seahawks. There won’t be a Super Bowl hangover in Seattle as the ‘Hawks are just too good at home. The defense won’t be as dominant as it was in 2013, but it doesn’t need to be. 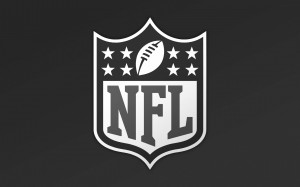