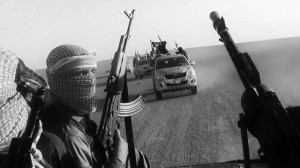 This past June, the terrorist organization known as the Islamic State of Iraq and al-Sham, now known as the Islamic State, caught the attention of the world when it captured Mosul, Iraq’s second largest city. Despite the fact that the United States continues to bomb Islamic soldiers and is simultaneously waging war against the Syrian, Iraqi and Kurdish armies, the Islamic State is still effectively in control of large territories in Iraq and Syria. At first, many outside observers doubted whether the Islamic State would be able to effectively administer such a large area, but the group’s strict interpretation of Islamic Law has allowed it to maintain complete control over millions of people.

Islamic Law, also known as sharia, is the system of law derived from the teachings of the Quran and the sayings of the prophet Mohammad. For over one thousand years, Islamic Law has slowly adjusted to modernization, but terrorist organizations, including the Islamic State, believe that sharia should be reverted back to how it originally functioned during the seventh century. As a result, when radical Islamic organizations seize power they subject the people to this system of governance. The Taliban did it in Afghanistan during the 1990s, and now the Islamic State is doing it in Iraq and Syria.

When news organizations report on the Islamic State carrying out executions and torturing citizens, the underlying motives for these actions are based on the radical interpretation of sharia. After Northern Iraq was seized, reports surfaced of religious groups being massacred, but the Christian population was allowed to leave relatively unharmed. This was because Islamic Law dictates that when Christians and Jews are present in a Muslim country they can either convert to Islam, pay a special tax and continue on with their lives, or be allowed to leave. Unfortunately, Christians and Jews are the only groups afforded this treatment. Shia Muslims, who belong to a different sect of Islam, and other religious minorities are considered heretics under radical versions of Islamic Law. As a result, the news has been filled with reports of thousands of people being killed for their religious affiliation.

The news has also been filled with stories of public executions, dismemberments and whippings, all of which come as a result of the Islamic State’s interpretation of the ancient laws. People found guilty of murder are killed. Drinking or drug use results in being whipped and stealing is punishable by cutting off the thief’s hand. These acts are all considered appalling by western standards, but in a part of the world where governments are notoriously corrupt this system is sometimes praised by the people for its efficiency and sense of equal justice. Regardless of the benefits that come from such a system, the fact remains that only people who are members of one sect of Islam, those who are Sunnis, receive such benefits. To be anything else means forced relocation or death.

Reverting back to a code of law created in the seventh century ignores the millennia of progress and reform that can be found in Muslim countries that don’t practice such a radical interpretation of Islamic Law.

However, the presence of the Islamic State poses a profound threat to that progress. Since the entire region is being affected, all of the Middle East must put aside century old rivalries for the greater good. If this isn’t done then the Islamic State will only grow stronger, and more and more people will be forced to live and die under the group’s radical governance.