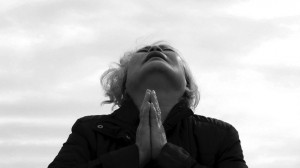 On the morning of April 16, 475 people were aboard a ferry off the coast of South Korea. Many of the passengers were teenagers on a middle school field trip to one of the nearby islands, while others were commuters who made the trip onboard the ferry daily. However, that Wednesday morning the boat sank. Now, over a week later, 150 bodies have been recovered, while another 150 remain missing. Most tragic of all, the South Korean Coast Guard says that there is no chance that any of the missing are still alive.

As the events unfolded and the rescue mission began, hundreds of families and government officials were tasked with piecing together what had happened. According to one survivor, just before the boat began to turn on its side, the passengers heard a large “thud.”

Officials now say that either the cargo containers on deck came loose and shifted the ship’s balance, or that the ferry struck a rock. According to one expert, it is significant that it only took the ferry two hours to sink completely. This indicates that the hull of the boat was punctured and quickly filled with water. Despite this, many around the world are shocked that such a large number of passengers failed to escape the sinking ship.

The ferry had nearly fifty lifeboats and many believe that if the crew had acted appropriately passengers would have had plenty of time to escape. Most strikingly of all, nearly 75 percent of the passengers perished, while only seven of the 29 crewmembers died. In response to this, the South Korean government, as well as the families of the victims, has turned their attention to the ferry company. Over the past week, the captain of the vessel and numerous crewmembers have been arrested. South Korean President Park Geun-hye has publicly stated that the disaster was nothing short of murder and that the ferry company’s owners have been barred from leaving the country so that they can be placed under investigation. Although the government has taken steps to find those responsible, it will do little to relieve the anguish of the families that have lost loved ones.

In the time that has passed since the ship sank, some of the survivors have begun to share their stories. Many survived simply because they happened to be above deck when the boat sank. However, one survivor stated that almost every single passenger stayed on the ferry for as long as possible in order to rescue people stuck below. Survivor Eun-su Choi told the BBC that the vast majority of passengers were in the cafeteria when the boat began to sink. As the room filled with water, the passengers stuck inside formed human chains so that young school children could escape to safety. According to Choi, passengers continued to help the children escape until they were swept away by the water. Choi added that those who died that day were “the bravest people of all.” Although the families’ suffering is beyond measure, they can take comfort in the fact that many of those who perished spent their last moments saving those around them.