Sports are mass exercises of entertainment. Due to the fact that they’re commonly demanded by Americans, the market has grown impressively over time. Professional athletes get overpaid, stadiums are built for billions of dollars and every form of merchandise imaginable is inflated at an unfair price. This is a direct result of the fact that tons of sports fans live, breathe, think and feel everything involving sports.
This corruption behind the sports market and the over-glorification of the American athlete causes many people to get disenchanted with the sports world. But one thing remains consistent: the high demand for sports. Despite the political control over the market and the revenue from the fans, the loyalty of American sports fans has never seen a minor hiccup.

This unquestionable dedication in the universe of being a fan is a direct reflection of American culture. Sports may be big elsewhere in the world, but the sense of camaraderie and commitment to a decided cause is something uniquely American. The behavior of patriotism and nationalism is very similar to being a sports fan in general. Passion topped with dedication is why sports in America can occasionally feel like more than just entertainment. Sports in fact, are political, and our ability as a society to use sports as a positive motivation through dark times has been repeated throughout history.

About a year ago, the nation watched as the great tradition of the Boston Marathon was terrorized by multiple bomb attacks. Three people died and many more were injured. America watched in horror as the city of Boston went through a disturbing tragedy. But only days later, at the TD Garden the entire arena sang the National Anthem in unison before their beloved Bruins took the ice. A little over a week ago, the Boston Marathon was back in full force with several teams united as one, running for lost loved ones. Meb Keflezighi became the first American to win the race since 1983.

Following 9/11, Mike Piazza hit a game winning home run for the New York Mets at Shea Stadium. Cops, firemen and fans who recently lost loved ones cheered together as Piazza ran the bases with tears streaming down his face. After a year without a home following Hurricane Katrina, the New Orleans Saints had their first home game at the Super Dome in 2006. On the game’s opening drive, Steve Gleason blocked a punt that was recovered for a Saints touchdown as fans rejoiced in delirium despite all their recent hardships. Subsequent to the disturbing shootings at Sandy Hook Elementary, the chorus of the school sang “God Bless America” prior to the 2013 Super Bowl. Fans applauded their beautiful rendition of a sacred song and several players were moved to tears.
These stories of sports bringing people together are nothing new. Throughout this nation’s history the enormity of sports culture has had the ability to raise attention to an entire country. Athletes, coaches and fans alike devoted to a single cause have brought people together for over a century. And when tragedies impact those same massive audiences dedicated to their sports teams, the loyalty behind sports can help people feel less alone.

Even though sports are predominately for entertainment purposes, they are more than just a game. They are this country’s largest cultural platform. They are a reason for fans to gather together for a positive cause. They are a reason for people to celebrate efforts, share memories and hug loved ones. No form of evil in this world can ever take that away.

It has been a pleasure writing for the “State Times” these past two years and I will miss it very much. Special thanks to anyone who ever read my words. 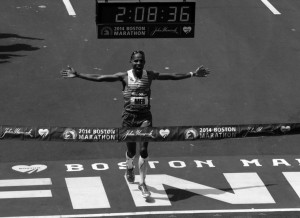