The NBA has made strides to become one of the greatest entertainment industries the world has ever seen. The league has gone global as games have been played in other countries. But even the NBA’s progress over the course of its existence couldn’t overshadow ignorance unveiling its ugly face.
This widely recognized league coined the phrase, “The NBA is where amazing happens.” Unfortunately, Clippers owner Donald Sterling proved otherwise as he is now under investigation for racial comments he made to his girlfriend Vanessa Stiviano during an intense argument. According to TMZ reports, Sterling had taken offense to Stiviano posting a picture of her and well-known NBA legend Magic Johnson on her Instagram. While confronting her about the issues, Sterling made comments such as, “It bothers me a lot that you want to broadcast that you’re associating with black people. Do you have to?” And “You can sleep with black people. You can bring them in; you can do whatever you want. The little I ask you is not to promote it… and not to bring them to my games.”
These reports sent shockwaves around the world.  NBA legend and Charlotte Bobcats Owner Michael Jordan weighed in saying, “As an owner, I’m obviously disgusted that a fellow team owner could hold such sickening and offensive views.” LeBron James also shared his thoughts saying, “There’s no room for Donald Sterling in the NBA, there is no room for him.”

Magic Johnson responded to the comments made by Sterling saying, “I will never again set foot in Staples Center when the Clippers are playing.” He also went on to say that he strongly felt that Sterling should sell the team.
Society wants us to believe that we have escaped the realms of racism, but Sterling shows otherwise. His comments speak to the notion that ignorance will never fully relinquish its grasp on the world.

Should he sell the team? Absolutely. As many have said, he has no place in this league. The NBA is “a black league,” Charles Barkley said. In no way is that to discriminate against other races, but it’s to state that you can in no way, shape or form strongly hate a group of people, especially when they make up most of the league.

This Clippers season began with championship aspirations. Now, people are asking them to absorb these egregious comments, ignore what’s being said and go out on the court and continue to play their hearts out. The Clippers play for their love of the game, but how can you wear a jersey with pride amongst this controversy?
To say that the African American community is outraged would be an understatement. But one thing that can’t be understated is the fact that Adam Silver, the new NBA Commissioner, had his first real test and passed with flying colors. He gave Sterling a lifetime ban and a $2.5 million fine. Next, Silver will start the process of forcing the sale of the Clippers with the help of the league’s advisory finance committee. The league reaction from players and other owners were positive of Silver’s actions. 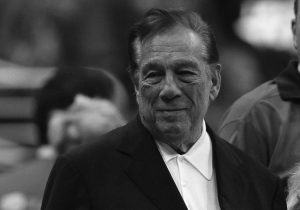