The end of the semester is rapidly approaching and it’s time to finish up projects and study for finals. Consequently for some students this involves pulling all-nighters, skipping meals then inhaling Domino’s at 2 a.m., and drinking gallons of coffee in order to survive classes. Although it may seem like that’s the best way to be productive, it actually is the worst. The key to making it through the final stretch of the semester is getting enough sleep.
While you’re sitting in the study lounge until 4 a.m. cramming for the final you have in five hours, you’re hurting yourself more than helping in obtaining more information. Sleep allows your brain to work properly and gives your mind a rest in order to prepare for the next day. By staying up later and trying to memorize math equations for your statistics final, you’re actually increasing the likelihood of having difficulty making decisions, solving problems and even controlling your emotions and behaviors. Also, according to the National Heart, Lung and Blood Institute, after a few days of a loss of just one or two hours of sleep a night, your ability to function is hindered as if you haven’t slept for an entire day.
Here are some reasons why catching up on beauty sleep is essential and can make finals week more bearable while helping you end the semester on a high note:

1) Sleeping improves your memory. While you’re sleeping, you can strengthen memories or “practice” skills that you have learned through a process called consolidation. “If you are trying to learn something, whether it’s physical or mental, you learn it to a certain point with practice,” says Dr. Rapoport, who is an associate professor at NYU Langone Medical Center. “But something happens while you sleep that makes you learn it better.”

2) Catching up on your z’s also increases creativity. Along with consolidating memories, your brain also recognizes and restructures them while you sleep. Researchers at Harvard University and Boston College found that people seem to strengthen the emotional components of a memory during sleep, which boosts creativity.

3) Lack of sleep can lead to a shorter attention-span, resulting in ADHD-like symptoms such as hyperactivity, trouble with attentiveness and impulsive behavior.

4) Sleep and stress affect our cardiovascular health. “Sleep can definitely reduce levels of stress, and with that people can have better control of their blood pressure,” Dr. Jean says. “It’s also believed that sleep affects cholesterol levels, which plays a significant role in heart disease.”

5) Naps are extremely beneficial. Naps as short as twenty-minutes can help you catch up on sleep, boost alertness and physical stamina and reduce stress.

So don’t forget to get the proper amount of sleep as the semester is coming to a close. Your body and mind will thank you and you’ll be more likely to get those straight A’s that you’re looking for. 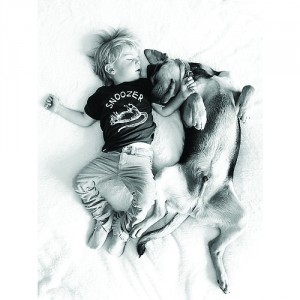