The 2013-2014 regular season has finally come to an end and the playoffs are  underway. For the last three seasons, the question going in has been simple: can LeBron James and the Miami Heat win the championship?
However, this year more questions need to be answered. Will the San Antonio Spurs rebound after 2013 NBA Finals collapse? Or, after an MVP season by Kevin Durant, can he finally lead the Oklahoma City Thunder to the promise land?

Before Miami begins to worry about who they may end up meeting in the finals, it would behoove them to pay close attention to the mountain they will need to climb in the Eastern Conference. For all intents and purposes, a Miami-Indiana Eastern Conference Finals seemed to be destiny.

The Brooklyn Nets have other ideas, as they will look to shock the world after starting the season 10-21. Since the new year has started, the Nets have posted the second best winning percentage in the NBA (.680, 34-16)  because first year Head Coach Jason Kidd made key adjustments. After Brook Lopez went down, he went with a smaller lineup, which brought along positive results.

Although the Nets are the sixth seed going up against the division winning Toronto Raptors, many are picking Brooklyn to win this series. Behind the veteran leadership of Paul Pierce and Kevin Garnett, who have won championships, the clutch late game scoring by Joe Johnson and their $98 million man, Deron Williams, the Nets are looking to win this series, eyeing a second round matchup with the defending champs.

The Heat will be matched up against the Charlotte Bobcats, who for many years were the laughing stock of the league. With the hiring of Head Coach Steve Clifford and the signing of veteran all-star center Al Jefferson, the ‘Cats are in the playoffs for the first time since the 2009-2010 season. Outside of the team and hardcore fans, not many are expecting the Bobcats to pull off an upset, but who knows?  In fact, they are ranked fourth in the NBA in defense, only surrendering 97.1 points per game, according to ESPN.

The Pacers and Hawks split their season series and will match up in the first round. Atlanta and New York were in the midst of a battle for the eighth seed when Indiana welcomed the Hawks to town on April 6. Surprisingly, the Pacers were blown out 107-88. Indiana is favored to win this series but after they struggled during the last two months of the season, many are questioning if they possess the mental toughness to win it all.

The final series in the East will feature the NBA’s best defensive team, the Chicago Bulls, and a young and upcoming Washington Wizards squad. After Derrick Rose went down for the year and the Bulls elected to trade Luol Deng, it looked like they were going to tank for a lottery pick. The idea of grabbing a top prospect in the draft to pair with Joakhim Noah and Rose was intriguing. But the Bulls once again found a way to go on without their leader. Noah has emerged as a superstar and Tom Thibodeau continues to do an exceptional job with all the injuries his team suffered.

Although the Eastern Conference seemed like the weaker of the two conferences, there are many teams who can challenge the Heat. The Nets swept them in the regular season 4-0. The Bulls and Pacers can do damage with their defensive tenacity and size. The Heat definitely have their flaws, being ranked dead last in the NBA in rebounding, and they also have health questions. Will Dwyane Wade be healthy enough for the Heat to repeat? 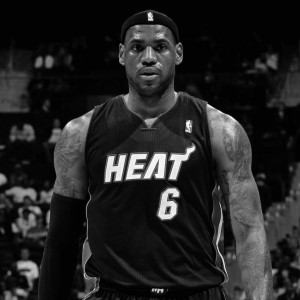