Tuesday, April 22 marked the 44th annual Earth Day. Gaylord Nelson, previously a senator of Wisconsin, founded Earth Day in 1969 after witnessing the disastrous effects of an oil spill in Santa Barbara earlier that year. An estimated 80,000 to 100,000 barrels of crude oil fell into a channel over a period of about ten days. It was the largest oil spill to have occurred until then. Today, it ranks as the third largest oil spill in United States waters. Thousands of animals died almost immediately as a result of the disaster, including birds, sea lions, elephant seals and several different types of fish.
At the time of the spill, thousands of people were protesting against the ongoing war in Vietnam. Nelson thought Earth Day would be a great way to spark awareness about water and air pollution, hoping the momentum of the anti-war movement would carry over to the environmental movement. Nelson appointed Pete McCloskey, a conservative Republican congressman, as co-chair of the “National Teach-in on the Environment” day. They then added Denis Hayes to their team, who hired a staff of 85 people to promote the event. April 22, 1970, marked the very first Earth Day and it was deemed a successful event that brought everyone together. The rich and the poor, the Democrats and Republicans, the rural and urban dwellers united to raise awareness about air and water pollution.
A couple of things happened after this first Earth Day. For starters, Earth Day kick-started the movement against pollution, which still rages on today. The Environmental Protection Agency (EPA) was born, a government-run organization that develops and enforces regulations to promote human and environmental health. The EPA also gives grants, studies environmental issues, sponsors partnerships, teaches people about the environment and publishes information. In addition to this, a number of acts were passed after the first Earth Day. For example, the Clean Air Act was passed, designed to control air pollution on a national level. The Clean Water Act passed in succession, which is a federal law in the U.S. that governs water pollution. Lastly, the Endangered Species Act was passed, which was designed to protect any species of animal from becoming extinct.
Ever since 1970, Earth Day has been celebrated every year in the United States on April 22, but it wasn’t until 20 years later that it became a global affair. By 1990, over 140 countries and 200 million people participated in Earth Day. Today, over 190 countries celebrate the day in various ways to raise awareness for pollution, and advocate different ways to stop or at least mitigate humans’ negative impact on our planet. Recent Earth Days have been used to propose, promote and push clean energy. Clean energy refers mostly to renewable energy sources such as wind and solar power. In 2011, the United States was using renewable energy for 9.39 percent of all the energy they were consuming.
So do your part, not just this week but the whole year. Whether it’s cutting down on energy consumption or pushing for clean energy, you can make a difference. This can be done by doing something simple like walking instead of taking your car on a nice day, or by doing something larger such as getting solar panels installed on the roof of your house. Every little thing no matter how small it may seem, does make a difference. Happy Green Dragon Week! 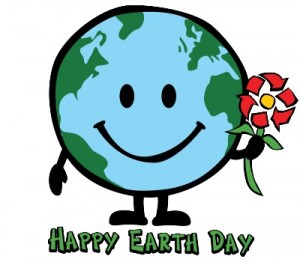