In North America alone, there are 467 endangered species and 182 threatened animals. By the year 2100, half of all the species on Earth could be gone. Extinction occurs for many reasons, including loss of habitat, introduction of invasive species, disease or illness and climate change. Most of these reasons are in part, if not entirely, due to human interference with animals’ natural habitats. Luckily, many zoos have been doing the best they can to keep animal extinction from happening, and getting many different species off the endangered and threatened lists.
For example, in the Cincinnati Zoo professionals are working hard to use artificial insemination to impregnate Suci, a Sumatran Rhino who was born at the zoo in 2004. Sumatran Rhino’s are only one of the many types of rhinos on the endangered species list. Different variations of tigers, elephants and turtles are also among the many on the lists. In preparation for losing some species to extinction, zoos have begun to create “Frozen Zoos.” These zoos exist in negative 320 degrees Fahrenheit. They house nearly a thousand species, preserving their cells in the event that disaster strikes. Zoos would like to work hard to preserve all species, but not all animals draw in the crowds that Suci does.
As of now, the world’s most threatened group of animals is amphibians. Although zoos want to create habitats and programs to help these animals, they also need to sustain themselves as a business and people do not get as excited about a toad as they do a giraffe. The Bronx Zoo, Central Park Zoo, New York Aquarium and Prospect Park Zoo are all places in New York that are attempting to help animals that are endangered. This summer if you have free time, take a trip to one of these amazing facilities and support their efforts. 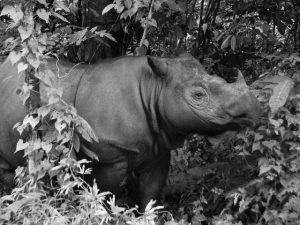 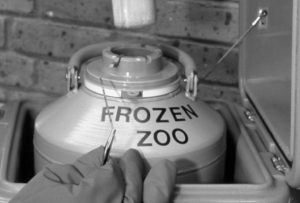