Last year was truly magical for the Boston Red Sox, a team that finished in last place in the AL East in 2012. Following the despicable acts of terror in Boston on Patriots Day, the Red Sox played strong baseball throughout the season and clinched their first postseason berth since 2009. The magic did not stop there, Boston went on to win the World Series against the St. Louis Cardinals, their first title since 2007 and third since 2004. The 2013 team was one to remember, a team of chemistry, talent and of course, beards. This season the expectations are high for the World Series Champs as they attempt to defend their title.

Hitters: Despite losing Ellsbury and Saltalamacchia to free agency, most of the 2013 team is still intact along with some new faces and young minor leaguers. The core of Boston’s lineup from last season still remains with Dustin Pedroia, David Ortiz, Mike Napoli, Daniel Nava, Shane Victorino and Jonny Gomes. Top prospect Xander Bogaerts will look to build on a strong postseason as he takes over at shortstop for his first full season. To replace Ellsbury and Saltalamacchia, Boston brought in veteran catcher A.J. Pierzynski and, in one of the most surprising signings of the offseason, Grady Sizemore. Sizemore has not played in a major league game since 2011 after injuries derailed his all-star career. If Sizemore can stay healthy then this  signing is a steal for Boston. Off the bench the Sox have a solid player in Mike Carp, as well as David Ross and Jonathan Herrera. This is a dangerous lineup to face on any given day. The depth Boston possesses on their bench as well as within their farm system makes this one of the strongest lineups in baseball.

Starting Pitching: This season’s starting five for Boston looks very similar to last year’s: Jon Lester, John Lackey, Felix Doubront, Jake Peavy and Clay Buchholz. Starting pitcher Ryan Dempster elected to sit the year out to take care of his sick daughter and spend more time with his family. The 2013 pitching staff improved greatly from 2012, mostly in part due to the return of Manager John Farrell and new pitching coach Juan Nieves, who will look to build on that success this year. Jon Lester will once again be Boston’s ace and his success will have a heavy bearing on how far this team goes. In Lackey, Doubront and Peavy the Sox have three good middle-of-the-rotation guys who can get the job done. How Clay Buchholz will fare this season is anyone’s guess. Last year, Buchholz dominated by going 12-1 with a 1.74 ERA, but injuries shortened Buchholz’s season and put the brakes on what could have been a Cy Young year. His health is a question mark but when healthy, he is a dominant pitcher.

Bullpen: “Koji Time” became the phrase for the Sox bullpen last season. It is synonymous with “closing time” as Red Sox closer Koji Uehara was absolutely lights out from June on. He will be Boston’s closer and look to keep “Koji Time” going. The Sox have a solid bullpen led by Junichi Tazawa and Craig Breslow. Boston will also have its big lefty reliever Andrew Miller returning from injury after he missed half of the 2013 season. In the offseason, Boston signed Edward Mujica and Chris Capuano, a former starting pitcher, to strengthen its bullpen.

The Boston Red Sox brought back most of its 2013 squad and look poised for another playoff run this season. So, can the Red Sox defend their title and repeat as World Series champs? Yes. Will it be easy? No. That feat is extremely difficult, but you never know what can happen in October. 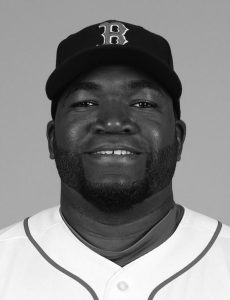