It’s simple: The Lakers stink. The Clippers are contenders. The fact of the matter is this: when Dr. Jerry Buss passed over control of the franchise to his son, Jim, the Lakers were destined for failure. Dr. Buss passed away during the season last year and the level of ineptitude that exists in the Lakers organization today starts directly at the top with Jim Buss.

The Lakers were favored to win the Western Conference last season when they acquired Steve Nash and Dwight Howard. When they started 1-4, Head Coach Mike Brown was fired. They had the chance to hire Phil Jackson, one of the greatest coaches in NBA history, but they opted instead to go with Mike D’Antoni, who has personified mediocrity. This decision left many people scratching their heads.

D’Antoni has always been considered a great offensive minded coach. One of the reasons the Lakers chose him was because they thought it would be a great idea to rekindle the relationship between D’Antoni and Nash. They were confident this would translate into success, but they were wrong. Nash can’t stay healthy, and D’Antoni is too stubborn to modify his system.

Everyone raves about how great D’Antoni’s offenses are. But if you look at the Lakers stats this year, they’re a mediocre 15th in scoring and 18th in field goal percentage. They also seem to lack fundamentals ­­­­­­­­ ranking 26th in the league in turnovers at 15.1 per game and 24th in rebounding.

Looking further, a major saying in sports is “Defense wins championships.” According to ESPN statistics and rankings, D’Antoni’s teams have never ranked higher than 20th in defense. This season, the Lakers sit at rank of 29th in defense, giving up 106.2 points per game.
T

his state of acrimony that Lakers fans are currently in speaks to the notion that their fans have been spoiled. To be as good as the Lakers have been for so many years is unfair. To measure Mike D’Antoni on the “Phil Jackson scale” is also unfair. The injuries that they have endured, specifically to their three best players Kobe Bryant, Steve Nash and Pau Gasol, combined with losing Dwight Howard in free agency have crippled their organization and dismantled any championship aspirations. The Lakers are on pace to finish with their worst record in franchise history. The NBA isn’t accustomed to the Lakers being a lottery team — they’ve only missed the playoffs five times in their entire history.

Laker nation is itching for the chance to watch their team get back to its winning ways, and it can start next season. LA has a vast amount of cap space, and will likely land a top-10 pick in a draft that’s considered to be the best it’s been in years. When a team has a lot of cap space and a lottery pick in a major market, good things will happen. Mike D’Antoni will most likely be fired. It will be almost impossible to lure free agents  to Hollywood to play for the Lakers with D’Antoni as the head coach.

His blatant obliviousness to defense, in a sports world where defense wins titles, is unattractive. Couple that with his reluctance to adjust his system to the talent on the roster, which almost always leads to controversy with star players like Carmelo Anthony, Dwight Howard and Pau Gasol.

Jim Buss needs to cut all ties with D’Antoni. The Lakers have succumbed to their coach’s woeful incompetence and are now painful to watch. Four years removed from a back to back title run, they are one of the worst teams in the NBA. It’s time to admit they swung and missed badly with D’Antoni and need to make the right move going ahead. 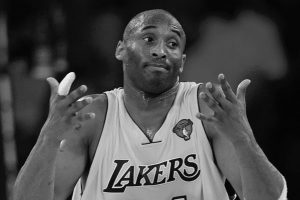