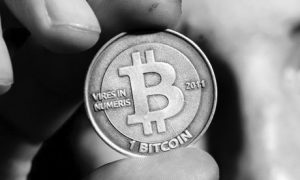 Although it’s been around for nearly four years, very few know what Bitcoin actually is. Although no simple answer is entirely sufficient, it is a relatively new digital currency that is entirely dependent on its users. The value is ever-changing, based on how much is produced, which is up to its users. As a result of Bitcoin’s complete decentralization, users typically purchase it from another person or website. There are a number of trading sites, some reliable and some unreliable. The Bitcoin website, which is maintained by its original developers, provides links to these places but still warns against potentially suspicious dealers who may steal your money.

In fact, there have been a number of cases in which people have been scammed out of thousands of dollars. Last week, Wisconsin resident Jamie Russell lost $150,000 to a British Bitcoin scam artist who promised to exchange a certain amount of digital Bitcoins for physical token Bitcoins. Russell transferred his Bitcoins but never received any in return. These physical token Bitcoins actually do exist. They are just like any other literal coin, but are encrypted with the value of one digital Bitcoin). Potential Bitcoin users can avoid lawless trading with unreliable strangers and create their own currency by mining Bitcoin.

Since Bitcoin is not owned or regulated by any one individual, it has become notoriously used for illicit activities as it is largely untraceable. “Silk Road,” the Amazon.com of the drug-trade, was the biggest name to come out of the drug-related operations enabled by Bitcoin. Since the currency is practically anonymous and theoretically impossible to regulate, the “Silk Road” managed to sell drugs of all shapes and sizes, computer hacking services, forgery services and even hit-man services for nearly three years. The site thrived with little law enforcement intervention until October 2013, when Ross William Ulbricht, the believed site market operator, was arrested in the San Francisco Public Library by FBI agents. Last Tuesday, Ulbricht was indicted and, if convicted, could face life in prison. Agents seized upwards of 150 million dollars worth of Bitcoins in their investigation of the site and its activities.

With all of the issues surrounding Bitcoin, many people are frantically trying to find ways to regulate it. Despite speculation that it is just a fad, many major merchants are starting to accept it as a method of payment, including Overstock.com and CheapAir.com. The US is treating Bitcoin very seriously, since it allows people to partake in illegal activities with the click of a mouse, making drugs easier to access than ever before. Law enforcement officials remain frustrated that the equivalent of one million dollars, which would normally make enough noise to be caught if used to buy drugs overseas, would be overlooked if it were just used to transfer to Bitcoins.

In addition to the criminal activity involved with Bitcoin, one issue with this new cyber-currency continues to be overlooked: exchange deals. Many of the ways to get Bitcoins in exchange for cash can be shady. People are often cheated because there are no rules or regulations. The most possible and probable way to start regulating the whole system is with the trading place, so it is all accounted for and no one is taken advantage of. It remains to be seen how successful the regulatory process will be, or in which ways they can regulate it, but its obvious that Bitcoin can no longer be ignored