A fun part of being a sports fan is believing in superstition. Thoughts and ideas that may seem irrational are deemed as normal conceptions among masses of fans. Sometimes it’s all in good fun, but in some cases, long patterns of unfortunate events may be considered curses for particular franchises. One of the most popular being the “Curse of the Bambino,” which took the Red Sox eighty-six years to overcome. Or the Chicago Cubs’ “Curse of the Billy Goat,” which has left the Cubs without a World Series championship since 1908. Not to mention the “Curse of Chief Wahoo” which has left every sporting franchise in Cleveland championship-less since 1964.

All of these curses aside, there is one rumored curse that does not get enough attention. The “Ewing Curse” has been murmured among New York sports writers and Knicks fans alike in recent years, but quite frankly is not as understood as it should be. Despite an admirable history in the development of the NBA and a pair of championship wins in the early seventies led by  Head Coach Red Holtzman, the Knicks have not won a championship in forty-one years.

“The Ewing Curse” was established in 1985. In David Stern’s second year as NBA Commissioner, he helped establish the NBA Draft Lottery, where the lesser teams of the league that didn’t make the playoffs hold a random lottery to determine the draft order. The worse the team, the higher the chance of winning the lottery. In that season, the Knicks were not the worst team in the NBA, therefore giving them a lesser chance to win the lottery. Nonetheless, the Knicks won the lottery and selected Center Patrick Ewing from Georgetown University. Today, Ewing’s jersey hangs from the rafters at the world’s most famous arena.

Here’s the controversy: it is a common belief that the draft was a fix. Sending the most coveted player of the NBA draft to New York would have certainly helped one of the NBA’s most profitable franchises get back on their feet. Not to mention many sports fans are convinced that the still frame of the lottery drawing indicates the card that Commissioner Stern selected had a corner that was bent. Coincidence? There is no way to know for sure.

Patrick Ewing did go on to have a Hall of Fame career, however the Knicks did not win an NBA Championship. In fact, for eight straight years in the nineties the Knicks made the playoffs. Not once were they  able to win it all. One of the most painful memories is when John Starks went 2-18 in Game Seven of the 1994 NBA Finals against the Houston Rockets. In any event, the Knicks still remain championship-less.

Starting in 2000, a controlling interest in the Knicks was purchased by James Dolan, leading to the worst decade in Knicks history. Dolan and General Manager Isaiah Thomas led the Knicks to one bad signing after another, and that made Knicks fans more convinced that there was some truth to the “Ewing Curse” and the potential draft fix of 1985. The Knicks have fought back to relevance in the past few seasons, but still do not have any indication of going on a run to the NBA finals anytime soon.

The Knicks “close-but-no-cigar” decade of the nineties and their woeful misery of the 2000s may not seem like long enough to label the Knicks as cursed, but any sports fan can simply admit it’s at least a peculiar situation. With Commissioner Stern’s recent retirement, Knicks fans can only hope that a new commissioner can help mend the wounds of the past decade, and assist the Knicks in their addictive pursuit of bringing basketballs’ ultimate prize to the canyon of heroes. 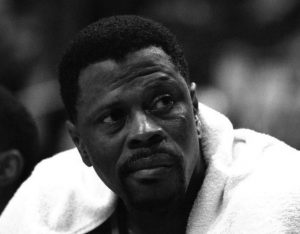