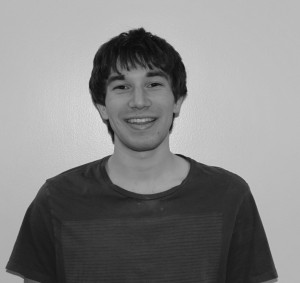 I first learned the “F-word” on a Pennsylvania school bus in third grade from a kid named Ian. Instinctively, I asked what it meant, and he said it meant nothing. That night, my mom and I were in my old bedroom, packing boxes for our big move to New York, when out of nowhere I meaninglessly whispered, “fuck you.” She immediately put down what she was holding, turned to look at me and calmly asked what I had just said. Even at a young age we all know when our parents are even remotely upset, so I repeated myself, but changed my answer to “love you.”

Although I didn’t manage to escape her dutiful explanation of “bad” words, I still remember that moment so vividly for reasons other than being chastised. I think that interaction has remained in my memory because it represents my personal experience with the classic “How-Cute-That-Child-Just-Swore” situation. Of course, my mom didn’t find it very amusing.

But twelve years later, a parent having the same discussion with their third grader seems like a late conversation to have when, according to Massachusetts College of Liberal Arts psychology professor Timothy Jay, “by the time kids go to school now, they’re saying all the words [parents] try to protect them from.” More specifically, “swearing really takes off between [ages] three and four.” The supposed cause: their parents’ own unfiltered mouths.

However, I’m not writing this to say that my first brush with profanity should have been ignored or that it wasn’t my classmate’s fault that I had one at all. I chose to start this editorial with an old memory of mine because it pertains to what is still an issue today: censorship.

Don’t worry, this is not propaganda to demand back our rights to the First Amendment. This is merely a stubborn college student’s idea that maybe the real reason the word “fuck” is so largely offensive is because we pretend it doesn’t exist.

Of course, I understand the use of censorship and how it helps limit the exposure to socially unsavory words, but a single asterisk taking the place of the second letter of a word does nothing but draw more attention to it.

Granted, every person is different, and what I don’t find offensive may offend ten other people. And that’s perfectly fine. I just have a hunch that if adults chose to have a calm discussion with children about a word they already know, there wouldn’t be as much negative taboo surrounding it.

Trust me, I understand the social hierarchy of elementary school is often built around the ones whose mouths are the filthiest, but perhaps if kids didn’t attribute such a desirable habit to breaking such a strict, “adults-only” rule they wouldn’t feel so rebellious when doing so.

I’m certainly not suggesting that “fuck” become a bonus word on every third grade spelling test, I just think that the approach to the English language could use some updating as we’re already almost one and a half decades into the 21st Century. And besides, I’ve always found that “fuck” is easier to spell than “knowledge.”