SUNY Oneonta, it’s time for a lesson on feminism. Usually people associate feminism predominantly with women but in reality, feminism exists because of both sexes. History can show us countless instances where women have struggled to catch up to men. Whether it is in the work force or in politics, the battle still continues. So what is feminism? Is it a bunch of women blaming the opposite sex for their hardships? Or is it the empowerment of women alongside men? To understand feminism, we asked college students what they thought about the movement. 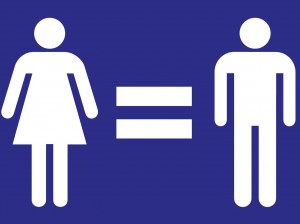 Sam Afriyie: “Feminism is a collection of movements that seek equal rights and opportunities for women or the female gender. It makes society aware that patriarchy and male dominance affect the sexuality and perhaps personalities of females, making them feel that they cannot aspire for much in life.”

Eliana Posner: “Feminism is the notion that women are human beings and that they are more than just their sexuality. I also think it means equal access to our major institutions.”
Stefan Mirvil: Feminism is realizing what equality should be. It’s getting rid of gender roles, it’s understanding that women were never inferior to men, and it’s all about bringing injustice to light and breaking the female norms and stereotypes.

Emily Snyder: “Feminism to me is that advocacy of women’s, political, social, and economic rights so that they are equal to that of men’s. Basically just the belief that women are and should be treated as equals to men.”

Chris Otanez: “Feminism is trying to understand the experiences and hardships of women. Its being an activist and empowering women to become CEOs, doctors, lawyers, and Presidents. Feminism is the cure to have one less issue of the many inequality issues already present.”

Katie Miller: “Feminism is defending women’s rights for the belief that men and women should be treated equally.”

Feminism is: Strength, power, education, appreciation of both sexes, and the desire for progression wrapped into morals and values. It is hard to say when feminism technically began, the truth is that feminism has always been around, it was just a matter of who carried it out as a belief and as an importance. Living in the 21st century allows us as a society to move forward, one step at a time, whether this means first acknowledging the still existing inequalities between genders, or recognizing and celebrating the changes and triumphs  that have been made on the road to achieving gender equality.