Mary Jane, Kush, grass; all names that add to the negative connotations associated with marijuana. Yet, as additional states continue to question the possibilities of legalizing marijuana for medical purposes, people are beginning to ponder its benefits. Does it actually improve daily life? The scrutiny on this topic originates from the incorrect use of the plant. There can be true enhancements to a patient’s body and the country’s economy when smokin’ that wacky tabacky.
The use of cannabis was legal until 1883. Hemp was considered an agricultural crop and had thousands of uses. Before realizing that they could transform cannabis into this popular drug, it was commonly known as one of the most durable textile fibers, which had the ability to outlast any fabric used in stores today. However, the creation of marijuana scared people into outlawing the growth of this versatile plant. Studies of inhaling its smoke tried to  prove that marijuana kills brain cells. Yet some valuable information was omitted from these findings. Experiments were conducted by pumping smoke into the lungs of monkeys for five minutes, continuously, with the use of gas masks. Researchers did this every day for a year. There is no doubt that brain cells were being killed because of the failure to inhale oxygen, causing asphyxia; these monkeys were being suffocated. This proved that marijuana was not the cause of the negative results, like so many people were misled into believing.
More harm is triggered by discrete drugs such as caffeine and pain killers. Consumption of these has caused more deaths than marijuana, because smoking a joint has never killed anyone. Confusion occurs when people are seen buying these addictive and harmful drugs, simply by reaching over the counter at a pharmacy.
Financially, legalizing medical marijuana could save economies that are clearly suffering. The fear that legalizing this harmless drug would cause crime rates to rise is a belief that comes with little research. People fail to realize that its unlawfulness causes violence, due to its underground market. With its corroboration, marijuana could reel in 10-14 billion dollars. These additional funds could be used for health care, highways, hospitals, national defense and a series of other beneficial embellishments. It also has to be understood that regulations would be made to control the use of the drug. If it were to be made legal it would not be a free for all.
It is also impressive to study the ongoing medical uses that medicinal marijuana provides. It helps patients of multiple illnesses cope with daily challenges, which most don’t realize can be a burden. There are pharmaceutical drugs that could ease the pain, with side effects such as dizziness, headaches and drowsiness— all of which are side effects associated with marijuana. Why use a man-made drug, when a naturally grown plant impacts you in the same way?
It might be hard for older generations to understand this fight, but like all great protests in history, it is a cause that many people feel strongly about. Medicinal marijuana’s impact on society is one that could be valued by all and should not be an overlooked discussion. 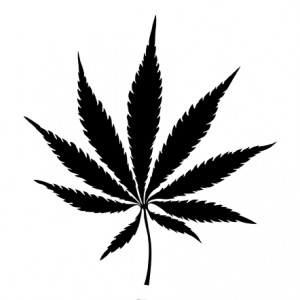