With a month of the 2013 NBA season in the books, fans and experts alike can only watch in disgust as the Eastern Conference has come out of the gate with an alarmingly poor start. So far, only two teams (the Miami Heat and Indiana Pacers) have been able to post a record over .500, while the rest of the conference has struggled mightily, particularly the Atlantic Division. Before the season even started, there were high hopes for the New York Knicks after their solid 2012 campaign and the Brooklyn Nets after they pulled off a blockbuster trade that sent Paul Pierce and Kevin Garnett from the Boston Celtics to the Nets. Both teams have gotten off to a horrible start with the Knicks having a nine game losing streak and an embarrassing 3-13 record through their first 16 games, while the Nets have started 5-12 when many thought they would be right up there with Miami and Indiana.

The current leader of the Atlantic is the Toronto Raptors who started the season with a record of 6-10, which would give them the fourth playoff seed. The fourth seed in the Western Conference is the L.A. Clippers with a record of 12-6 to start the season. While the Atlantic is especially terrible, the Central and Southeast divisions have also struggled. There were high hopes for the Chicago Bulls and Detroit Pistons to challenge for their divisions, but with the loss of Derrick Rose (again) for Chicago and Detroit’s slow 7-10 start, there isn’t anyone challenging the Heat or Pacers.

Another problem for all of the sub-.500 teams has been the in-conference games as no team has been able to separate itself from the others. This is crucial because of just how good the Western Conference has been against the East this season. Through 80 games, the East is 23-57 against the West. This has been a recurring theme over the past few seasons as the West just seems to have more complete teams than the East; as the Spurs, Rockets, Thunder,  Warriors and the surprising Portland Trail Blazers are all over .500.

There is still plenty of basketball to be played, but if the rest of the East doesn’t get it together, Miami and Indiana can pretty much crawl their way to another Eastern Conference Finals matchup this spring. One thing that is funny about the East is that while it may be home to some pretty bad teams, it still has the winner of the last two finals in the Miami Heat, who have a legitimate shot at winning a third straight title. If you asked me how I felt about the East, my answer would quote the late Green Bay Packer Head Coach Vince Lombardi who said, “What the hell’s goin’ on out here?” 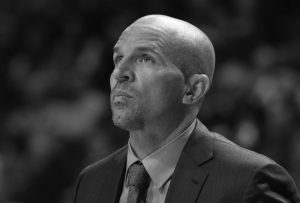