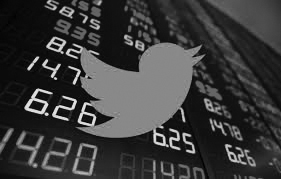 The stock market has been chirping with excitement since Twitter announced their plans to go public via a tweet on September 12. With this being one of the most anticipated stock offerings since Facebook’s announcement of going public, it is no surprise that people are so excited over this development. Since Twitter’s first appearance in 2006, the company’s popularity has been steadily climbing. With more than 240 million users, Twitter has become one of the most popular social media networking sites.
Becoming a staple company in the social media networking business, Twitter has created a site based off complete originality. The company has been making money off sponsored tweets and in-stream video advertising for the past few years, but now they will see a huge increase in profit. Being over six years old, many wonder why they have not chosen to go public sooner. Some speculate it is because when Facebook went public, it did not do as well as expected. At first, Facebook sold over 400 million shares but faced staggering loss over time. Although it did not do as well as Facebook, Twitter managed to sell an impressive 70 million shares of stock and raise $1.82 billion while doing so. Twitter seems to be proving critics wrong. When it debuted on Wall Street, the trading price of a share was at an astounding $45.10, which was above the initial offering price of $26 by the company. On the first day alone, the stock rose to $50 before closing at $44.90.
Twitter has made a huge name for itself in past years and taking this step forward to go public only seems to be benefiting them. Since it has only been open for a week, Twitter has steadily been increasing in stock. With the announcement of a new feature, allowing users to customize their timeline, maybe Twitter’s stock will increase even more within the next few weeks. Although only time will tell, it looks like Twitter will only get bigger from here.