Since 2007, the NFL has played one game each season in London, England. This year they expanded on that notion and played two games across the pond. Next year there are supposed to be three games played in London. Now there are rumors circulating that the NFL wants a team in London, and Commissioner Roger Goodell has even said that he wants one there.

However, most of the players are strongly opposed to the idea. Some players have spoken out against it, notably Pittsburgh Steelers defensive back Ike Taylor, who said he would retire before playing on a London team. Other players have echoed that statement. Could you blame them? Living in a country that is not your own, and traveling across the Atlantic Ocean eight times a year doesn’t seem worth it.

On top of the different lifeystyle, the NFL would have to find a home for their team. Up to this point, Wembley Stadium has been the site for NFL games, but how well would the stadium balance soccer and football scheduling? From a money perspective this is a smart move, but from a player, logistic and integrity stand point this move poses more cons then pros.

What if a team based in London hosts playoff games and the road teams have to travel to England and back and, if they win, have to play again in a week? The time zone and jet lag factor would be a major disadvantage. If any team were to make the move to London, the lead horse right now is the Jacksonville Jaguars. They soon have played a game in London for four straight years and this is a sign they are trying to build a fan base there.

Before the league would even seriously think about establishing a team, it would need to build up its fan base in the United Kingdom before international expansion becomes a real possibility. As much as football is growing, it’s still not exactly loved overseas. Football is an American game, through and through. On the other hand, almost no one projected the league would be playing multiple games in London back in 2005. It will be interesting to see how this situation will be solved. 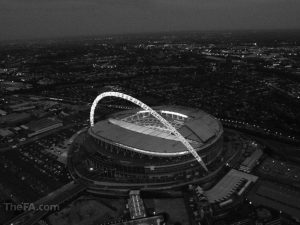