This 2013 MLB free agent class has a ton of depth. After seeing the Boston Red Sox turn around their franchise through their signings last winter, many teams will be looking to duplicate their World Series winning formula. The players are there, and with the right moves, many teams have the potential to win. Below is a list of the top free agents and which teams are the best fits.

Robinson Cano, New York Yankees- With Mariano Rivera retiring and Derek Jeter on his way out the door, the time is now for Robinson Cano. He is becoming the face of the franchise and is clearly their most valuable player moving forward. Cano is asking for a 10-year contract,  worth around 300 million dollars. Although the Yankees will not make that same long term contract mistake again (see Alex Rodriguez), the consensus around baseball is that the Bronx Bombers will re-sign their second baseman long term. The re-signing makes sense for both sides because Cano is in line to go down as the greatest Yankee at the position and there doesn’t seem to be too many other possible suitors willing to meet his dollar and yearly demands.

Brian McCann, Texas Rangers- McCann is the best catching option on the market and is one of the  few powerful left-handed bats available. His potential to switch to DH or play first base has many American League General Managers coveting the Braves all-star. Although the Rangers just re-signed Geovany Soto and said that he would be their primary starting catcher, many league sources feel the Rangers will land McCann. Signing with the Rangers makes the most sense for him, as a switch of positions would increase his longevity in the league. Texas is in need of another bat in their lineup with the imminent loss of Nelson Cruz and the diminishing of Adrian Beltre.

Jacoby Ellsbury, Seattle Mariners- Fresh off a stellar regular season and strong postseason, Ellsbury has every right to say “show me the money.” The Mariners are rumored to be extremely interested in his services. Ellsbury is a native Oregonian and the Mariners can offer him the most money for a long term contract. The nucleus of the club is young and the front office is desperate for success after more than a decade of failure. With a lot of uncertainty in Beantown and after accomplishing all of his goals with the Red Sox, why not go home and be the focal point of a Northwest baseball resurgence?

Masahiro Tanaka, Los Angeles Dodgers- The latest Japanese pitching phenomenon is widely regarded by scouts as better than what Yu Darvish was two years ago when he chose to take his talents to the MLB. After going 24-0 with a 1.27 ERA for the Golden Eagles of Japan, the 25 year old is entering the prime of his career and is by far the best starter available. With several playoff contenders including the Yankees and Dodgers in need of starting pitching help, where he signs could determine the outcome of next years’ World Series. If he is anything like the scouts claim he is, Tanaka will be dominant for years to come. The fit makes the most sense with the Dodgers, because ownership is willing to shell out the money (see their 2013 record setting payroll) and the heavy Japanese population in California. 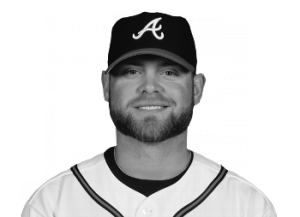 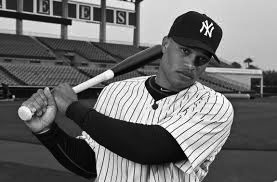