Ben Winters, Staff Writer
On September 1, 1971, a law went into effect that allowed policemen in New York City to “stop-and-frisk” people they deem suspicious. This was based off the Supreme Court Case Terry v. Ohio of 1968, which set a legal basis for police officers to stop, question and frisk citizens, calling the stops “Terry-stops.” Since it’s inception, it has been challenged as people question its constitutionality. As time went on, the first official lawsuit challenging the law followed the shooting of African immigrant Amadou Diallo in 1999, which led to the Street Crime Unit of the NYPD to be shut down.
Throughout massive questioning and research, there have been findings that show the practice to target people of different skin colors and races. Over 80 percent of the residents stopped have been African-American or Latino. These studies have also shown many more stops in areas with lower socioeconomic status and a higher population of minority races. The ongoing defense from Mayor Michael Bloomberg as well as the Police Commissioner Ray Kelly is that it is not racial profiling; it is actually protecting the minorities who are most often the victims of violent crime. Throughout all of the incidents of gun suspicion, however, it has been found that only fourteen percent of the stops has actually led to police finding guns.
Over the past decade, the city has conducted about five million stop-and-frisks. The total amount of stops went from 97,296 in 2002 up to a record breaking 685,724 stops in 2011. Actions have been taken to weaken the overwhelming power the police has in the stop-and-frisks. For example, prior to intervention, the police department kept on record the profiles of the people they stopped even if there were no findings of wrongdoing. Since, they have been required to stop collecting them and release the ones they currently have. 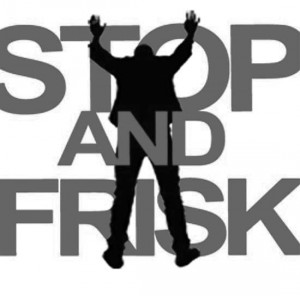 This past August, U.S. District Court Judge Shira Scheindlin found that stop-and-frisk law was unconstitutional and that the NYPD was guilty of violating the Fourth and Fourteenth Amendments in the way they have handled the stops. In her ruling, Scheindlin includes, “Targeting young black and Hispanic men for stops based on the alleged criminal conduct of other young black or Hispanic men violates bedrock principles of equality.”
In her ruling, she is not commanding the practice to end entirely. They simply aim to ensure that New Yorkers feel both protected by the police as well as from the police. In order to make sure the changes are actually carried out, the judge appointed attorney Peter Zimroth to monitor the NYPD’s actions.
Just this October, however, a Federal appeals court blocked the Judge’s ruling and removed her from the case, with the defense that interviews throughout the trial showed she was impartial to the question. As of now though, the decision is put on hold while New York finishes their appeal.
The election of now New York City Mayor Bill de Blasio on November 5, who has outwardly criticized stop-and frisk, may have a large impact on the future of the controversial topic. His views are in sharp contrast to Former Mayor Michael Bloomberg’s, the biggest proponent and defender of the program.