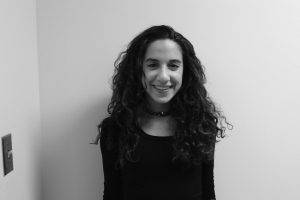 You learn a lot about yourself in college. These are the years of transition into adulthood, which teach you to hold your liquor, or to manage high amounts of stress. But, at the age of 20, driving my first car has taught me various things in the past few months about becoming an adult. My silver 2004 Honda Accord, or as I have named him, “Junior,” was passed down to me from my father. He was the car I failed my road test in twice, the car I took on my first road trip, and the first car I’ve called my own.

My car troubles began over this past summer. I was away from home and had locked my keys in the car; I was in the middle of a cell-service dead zone. Eventually, by some miracle, I managed to call for help. At last, a nameless man in a magic pickup truck arrived and in all of two minutes had managed to unlock my car. Lesson learned: Pay attention to what you are doing and think before you act. Often I am in such a rush, I don’t notice the things around me. I told myself I needed to think things through before doing them.

Early one September morning, groggy, cranky and still pining for my warm bed, I left my house in a rush to be on time. Before I knew it, I heard a crunch; I had backed in to my housemates car. I spent the rest of the morning figuring out how to tell both her and my parents what I had done. I called my father attempting to muster up the courage to admit what had happened, and immediately started to cry, embarrassed by my idiotic mistake. Luckily, my father consoled me, and my friend laughed about it, even going as far as deeming me her “little wrecking ball.” Lesson learned: feeling guilty is part of life because mistakes happen. Being responsible for your actions and realistic about any situation is important. I was thankful that this was my first and only accident. Things could be much worse. I was lucky to have understanding people in my life.

Two weeks later, I heard “groaning sounds” issuing from the car, appropriately matching my response. I denied there was anything wrong. Junior was taken to the shop. He needed almost $800 worth of repair. I was furious. I called my father and again I got dramatically upset. If this is what having a car was like, I didn’t want one anymore, I told him. His response was reasonable and wise: grow up. This is what happens, it is something you just have to deal with. Lesson learned: Some things are out of your hands, and being an adult is taking the right steps to fix them, calmly and maturely. I had made it through, financially bruised, but feeling better about having been proactive about fixing my car problems.

Yet, my new motto might be, “sometimes flats happen.” A couple of weeks later, on a Saturday morning, I was calling my father, in disbelief. I had a flat tire. At this point I was willing to sacrifice blood to the car gods. Anything that would stop my bad luck. Reality struck, I had to put on a spare tire, and what I remembered from drivers-ed in tenth grade was nothing but my grouchy, misogynistic teacher shouting, “You ladies better hope you never have to change a tire, because all of you will be too chicken.” But there I was, face to face with my passenger side wheel. I wasn’t going to freak. My father instructed me through the phone and I managed to crank on the spare with a lot of determination and some strategically applied body weight. A huge accomplishment. I could change a spare tire in a solid 20 minutes – could I put this on my resume I wondered?

This might sound ridiculous, but these car complications have allowed me to take baby steps into adulthood. I am able to truly appreciate the fact that I have parents who support me and who have encouraged me to handle things as an adult should. I know the reality is that complications and accidents like this will happen in life: everyone faces obstacles and everyone has to make it through them, somehow. Maybe someday, if I have kids, I will guide them into adulthood as my wonderfully patient parents have. And I know that by then, the obstacles I will have overcome will be many.