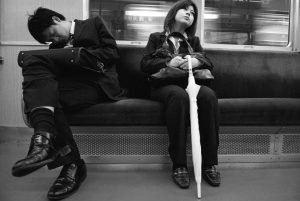 For most college students, sex is relatively high on their priority lists. This isn’t the case in Japan, where 45 percent of women aged 16-24 are not interested in sexual contact, and many men feel the same way. The Japanese media are calling it sekkusu shinai shokogun, or “celibacy syndrome.” Those under 40 years old seem to be losing interest in “regular relationships.” Japan already has the world’s lowest birth rate, so celibacy may lead to catastrophe for their population.
The number of people that are single in Japan has reached an all-time high. According to The Observer, 61 percent of men are unmarried and 49 percent of women from the ages 18-34 are not in any kind of romantic relationship. One third of the Japanese population under the age of 30 have not dated at all. So what is to blame for the lack of romance? Less job security, economic uncertainty and conservative views of women in the home and workplace are some factors. In 2012, Japan had its lowest birth rate to date. Unlike postwar generations, Japan’s under-40s won’t go out and multiply out of duty. The country is undergoing major social transition after 20 years of prolonged economic growth. In the Observer article, a Japanese woman stated, “Both men and women say to me they don’t see the point of love. They don’t believe it can lead anywhere; relationships have become too hard.”
Marriage has become an unattractive choice in Japan. Japanese men have become less career-driven and more debt-ridden. Many Japanese men say that they don’t have the money to take women out on dates. They also don’t want to date a woman and have her think it will lead to marriage. Satoru Kishino, 31, says, “I find women attractive but I’ve learned to live without sex. Emotional entanglements are too complicated.”
Japanese women have become more independent and ambitious, but still have conservative attitudes in the home and workplace. Japan’s growing corporate world makes it almost impossible for women to combine a career and family, with children being unaffordable unless both parents work. Unmarried parenthood in the country is still unusual.
“Pot Noodle love” is what is replacing relationship intimacy. This includes, but is not limited to, casual sex, short-term trysts, online porn, virtual-reality girlfriends and even anime cartoons. Many of these relationship and sex substitutes are becoming a social hindrance. In an interview in The Guardian, Japanese sex and relationship counselor Ai Aoyama claims, “A few people can’t relate to the opposite sex physically or in any other way.” Many men come in to talk to Aoyama and she says, ‘They flinch if I touch them.”’ There is no way to know how long this trend will continue or how greatly it will affect the country.