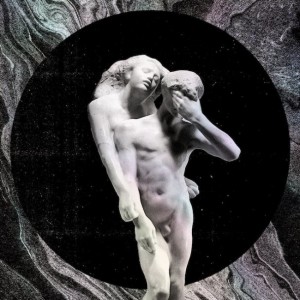 If there were ever any doubts that Arcade Fire’s fourth release was going to be anything but ambitious and huge, one look at the title track’s credits should put them to rest; David Bowie guest stars on backing vocals.

While following up a Grammy award-winning album like 2010’s “The Suburbs” is never a quiet affair, Arcade Fire have returned with the sweeping, seventy-five-minute Reflektor amid a frenzy of early promotion and overwhelming anticipation. Yet, with the much-boasted production of LCD Soundsystem’s James Murphy, the new album meets, and often exceeds, those impossibly high expectations. It’s not a perfect record, but it is even further proof of why Arcade Fire are so vastly celebrated at all.

“If this is heaven, I need something more,” Win Butler confesses in Reflektor’s opening moments. From the wide style variation that follows, it sounds like they must’ve found just what they were looking for. The album is an immaculately-constructed mixed bag that ranges from 80’s pop-rock (“We Exist”), to reggae (“Here Comes the Night Time”) and rock and roll (“Normal Person”).

No matter the style, almost every single track sounds big and significant—sometimes to a fault. Murphy’s singular influence is constantly evident, but Arcade Fire’s momentous presence remains the focus. Yet, while this partnership proves plenty to be excited about, the layer-upon-layer format that each song is built from occasionally feels impenetrable; everything sounds sharp and well-produced, but can lose sight of the heart that’s always beating underneath.

That being said, repeated listens reward a better grasp of the material, and over time the song structures appear more intricate than intimidating, uncovering a truly stunning album.

Split into two halves, Reflektor continues Arcade Fire’s history of tackling big themes like death, self-discovery and love. On the first half, “Flashbulb Eyes” discusses fame (“What if the camera really do take your soul”) with vocals doused in reverb over a glitchy, drum machine beat. The country-rock-tinged “You Already Know” asks how someone can slow down in a world moving so fast.

But, focused exclusively on a tragic love story based on the Greek myth of Orpheus and Eurydice, it’s Reflektor’s second half that offers the most resonance.

Reflektor ends with “Supersymmetry,” a beautiful lullaby that acts as the perfect resolution for not only the second half’s departed lovers, but to the entire album. As with any runtime that’s seventy five minutes, Arcade Fire occasionally give in to hindering excess; the final five minutes of “Supersymmetry”’s eleven is a series of rewound snippets of album tracks. But the missteps are almost always overshadowed by Reflektor’s sheer ambition and unwavering enjoyability.

Over-the-top? Of course. Essential? Without a doubt.