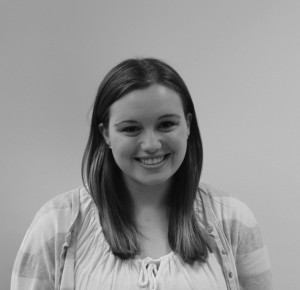 Ever wonder what it would be like to be famous? Most people imagine being a wealthy actor and going to movie premieres. But there’s another side of being well-known, the side that many people don’t see and don’t even think to consider.

In March of 2012, a documentary called “Sellebrity” was released. It details the lives of celebrities, many of whom have been forced to give up their right to personal space and privacy. Today, anyone can call themselves a photographer. What used to be considered an art form is now being abused to the point of recklessness, and for those who are famous, it’s downright dangerous.

Actress Jennifer Aniston said, “It’s a really weird, scary feeling. You’re disoriented, you can’t see in front of you. It’s false imprisonment. I can’t get away, I can’t get out. I can’t get out of a store because these guys are blocking the door. I can’t get to my car. When I’m in my car, they’re surrounding it. I can’t see, they flash light bulbs. It’s nighttime and my vision is impaired. It’s high stress.”

Some may argue that these struggles come with the territory of being an actor in Hollywood. A woman in the documentary said, “It comes with your job; you asked for this life.”

This may be a valid argument, but where do we draw the line? Celebrities like Jennifer Anniston and Jennifer Lopez, who were featured in the documentary, are people too.  Do they really deserve to have random strangers hiding in their backyards or following them around town taking pictures of them? Do we believe they actually enjoy being ambushed by the paparazzi and flashing camera lights while leaving a store, just because of their careers? And what about their kids, who aren’t famous actors and didn’t ask for any of it?

Recently, actresses Jennifer Garner and Halle Berry testified in the California state legislature on behalf of children of celebrities, who are being harassed by the paparazzi when they’re out with their parents in public. They are working to get a law passed that would send photographers to jail if they were to take pictures of these children.

Berry gave her input, saying, “They have the right to take their photographs, as much as I hate it, as much as I hate that my children are objectified that way. This bill still allows them to do that. What we’re asking them to do is take these pictures with some dignity. If this bill passes, the quality of my children’s lives will be dramatically, dramatically changed. They face harassment on a level that I’d like to try to explain to you today, just to give you a perspective, so that you understand what our everyday- and when I say every day, I’m not exaggerating, it’s an everyday occurrence that happens. Whenever I leave the house with my daughter, just getting up in the morning and trying to go to school is hard for us. She doesn’t want to go to school; some kids don’t. My daughter, every day, rejects going to school. Why? Because she knows the men, as she now calls them, are waiting for her at her schoolyard.”

Garner was sincere and concerned, stating, “I’m an actress, but I am a mom first. And just like you want to protect your children, I want to protect mine. The paparazzi swarm. Large, aggressive men swarm us, causing a mob scene, yelling, jockeying for a position, crowding around the kids. My 17-month-old baby is terrified and cries. My four-year-old says, “Why are they always with us?” I love my kids; they’re beautiful and sweet and innocent, and I don’t want a gang of shouting, arguing, law-breaking photographers who camp out everywhere we are, all day, every day, to continue traumatizing my kids.”

The bottom line is that something needs to change. Hollywood isn’t the same as it used to be and it would be an understatement to say things have gotten out of control. Those who go into the business willingly know what they’re in for, but their children are facing the consequences as a result. Ultimately, this presents the question of whether the price of fame is even worth it.