A world that spins on its axis came to an immediate stand-still on the night of April 12, 2013. Downtown Los Angeles may have beautiful weather all year around, but when Kobe Bryant uttered the words “MRI, surgery and then recovery,” there’s no question that cold air surfaced over the entire city.

A nightmare season filled with so many disappointments and failed goals, never ending injuries and controversy was about to get even tougher. Lakers superstar Kobe Bryant attempted to drive to the basket, but failed miserably. He went to make a move that he said he has “made a million times,” and ruptured his achilles tendon. Many say this is one of the worst injuries in sports.
Bryant called this the most disappointing part of his career. Yes, that’s right. Not even the feeling of that Game 6 NBA Finals blowout at the hands of the 2008 champion Boston Celtics could compare to this. He worked so diligently all season to pull the Lakers out of the hole they had dug themselves, only to suffer a season ending injury a week before the postseason.

At the beginning of the 2012 season, the Lakers were heavy favorites to win the Western Conference. After the firing of Mike Brown, ongoing sagas between Dwight Howard and Bryant, injuries to most of their players and all the turmoil in this organization, the Lakers pretty much succumbed to their fate of mediocrity. Watching this team the entire season, it was clear that they motivated themselves to keep pushing forward every night.But when Kobe went down, it was written all over their faces that this team really had no shot in the playoffs. And it seems that this was true, as the Spurs swept them in the first round.
Is Kobe going to be able to come back from this? Is his career over? Even Kobe himself had to deal with the discouragement that came from this freakish situation. The pundits, analysts and everyone you can think of have doubted him. They said that no one has ever been able to really recover from such an injury. They brought up the fact that he’s 35 years old. They made mention of the 17 years of mileage on his body. To this day, they’re questioning his ability to come back and be anywhere close to the same player he was. But at the end of the day, Kobe is still a superstar.

This man has battled through countless injuries during his career. Torn ligaments, broken fingers, knee and ankle issues. There hasn’t been a season where Kobe didn’t sustain an injury and was playing 100 percent.  Is he getting old? Was this the worst injury he ever had to deal with? Yes. But he should still come back strong.
Many reporters and analysts are doing everything they need to do to motivate Kobe a little bit more. Rankings came out and had Kobe as the 25th best player in the NBA. To go a step further, they had him as one of the most overpaid players in the league (Bryant is set to make 30 million this upcoming season).

Kobe needs no motivation, but I’m sure he’s listening to what everyone is saying about him. He’s on pace to pass Michael Jordan this season for third place on the all-time scoring list. He has five championships, two Finals MVP awards and one season MVP award, and he’s not ready to relinquish his throne just yet. Kobe has been standout for so long that his greatness has been taken for granted 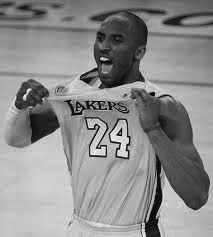