Throughout the 1990s and 2000s, Major League Baseball was filled with players who used steroids or performance enhancing drugs in order to gain more muscle or to recover from an injury quicker. As of today, no athlete who has been found guilty of using steroids, or even been accused of juicing, has been elected to the Baseball Hall of Fame in Cooperstown, New York. It has been widely debated what to do with the players who have both been involved with performance enhancing drugs and also have Hall of Fame numbers. In this scenario, we are creating a separate Hall of Fame for only players involved in the steroid controversy. Here is the inaugural class.

1) Barry Bonds- If you look through the MLB record books, Barry Lamar Bonds’ name is at the top of many categories. He holds the single season (73) and career home run (762) records, as well as the career leader in walks (2,558). In the early 2000s, there was no hitter more feared than Bonds. He spent the early part of his career with the Pittsburgh Pirates but wasn’t much of a power threat. It was not until his years with the Giants in San Francisco that he noticeably bulked up and started hitting the ball out of the park at a ridiculous pace. While there is no doubt that Bonds did take PED’s, he stated that he did so unknowingly, and just took what his trainers had told him to. Based on his amazing home run totals, Bonds is a first ballot Hall of Famer in the inaugural class.

2) Alex Rodriguez-After Barry Bonds passed Hank Aaron for the all-time home run record, experts said the person to overtake Bonds was Alex Rodriguez. It turns out that guess was not true. In a CBS interview with Katie Couric, A-Rod said he never used PED’s. During the early 2000s, Major League Baseball had its players take a drug test that was supposed to be kept secret, just to see how much of a problem steroids were. Somehow A-Rod’s name was leaked to the public, and he eventually told the country that he juiced during his time with the Texas Rangers. In addition, Rodriguez’ career has slowed down due to serious hip injuries. Even though he will never catch up to Bonds, A-Rod’s stats are still remarkable. He has 654 career home runs, is a fourteen time all-star and has won three MVP awards.

3) Roger Clemens- Throughout his 24 year career, Roger Clemens was the most dominant pitcher of his era. During his career, “The Rocket” won 354 games, struck out 4672 batters and won an astounding seven Cy Young awards. Clemens’ career was spent on the Boston Red Sox, Toronto Blue Jays, New York Yankees and Houston Astros. His trainer, Brian McNamee kept the syringes that he personally injected into Clemens’ buttocks, in case the steroid era ever went to court and his credibility was called into question. While it seems likely that Clemens did juice, he was found not guilty of lying to Congress about steroids. Clemens is, without a doubt, the best pitcher to be associated with PED’s.

4) Mark McGwire- In 1998, “Big Mac” and Sammy Sosa caught the nation by storm with their historic attempt to pass Roger Maris’ single season record of 61 home runs. McGwire won the battle, finishing with 70 home runs. He ended his career with 583 homers and 12 all-star appearances. When he was brought to Congress to speak of steroid use in baseball, he refused to answer questions, insinuating that he used PED’s. While him and Sosa both have similar career numbers, McGwire gets the nod due to the fact he won the homerun chase.

5) Ivan Rodriguez- In “Pudge’s” 21 year career, he collected many accolades. He was a 14 time all-star, seven-time Silver Slugger Award winner and won an MVP award. He was also just as good behind the plate as he was at hitting. Rodriguez was the winner of 13 Gold Glove Awards, showing just how important of a player he actually was.  Due to his tremendous arm, no team wanted to run against him, in fear that they would be caught and end the rally. While it was never actually proven that Rodriguez juiced, Jose Conseco stated in his memoirs that he personally injected the drugs into Rodriguez’ body, and Conseco is known to tell the truth about his own and overall rampant steroid use in baseball. Thanks to steroids, baseball will never be the same again. 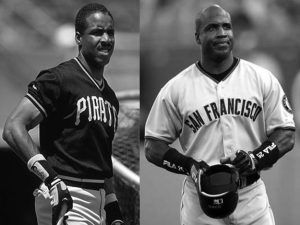