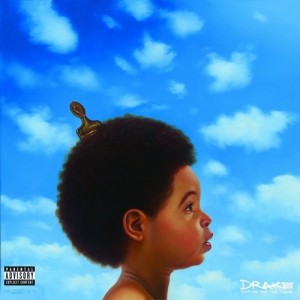 Rap music’s finest artist Drake has released his third album, entitled “Nothing Was the Same.” The album dropped September 24, and considering it’s expected to sell 675-725,000 units, surely nothing will be the same in the life of Aubrey Drake Graham afterwards. The projected sales will make “Nothing Was the Same” the second highest selling album of 2013. After two albums, Drake is known for his creative delivery and use of wordplay. He brings all this and more to his latest record.

“This is nothin’ for the radio / But they’ll still play it though / Cause it’s that new Drizzy Drake / That’s just the way it go,” Drake raps on the first song “Tuscan Leather,” and he is right. This hook-less, six-minute song lets you know that Drake is here and that his regime in the rap world has just begun. On the album you will get the typical Drake flow, where he pours his heart out in each song, but this time it’s a little rougher. He has one song called “Worst Behavior,” and Drake is spilling the truths that other rappers won’t even say out loud.

If it were not for the young rapper’s lyrical talent this album would be lacking in quality. For the most part, the beats all flow together and give you a drowsy feeling. There are a few modestly scaled bangers, but for a mainstream release by a crossover artist, the album is low on catchy hooks. The track “Wu-Tang Forever” is the least Wu-Tangy track in history. One song on the album that may surprise people is “Here We Are, We’re Going Home,” where we hear Drake belt out a whole R&B love song that could give R. Kelly chills. Towards the end of the album Jay-Z, a living rap legend, is featured in a song called “Pound Cake.” Yet, he doesn’t prove why he’s a legend and lets Drake rap circles around him. This demonstrates how Drake has honed his craft. While toe-to-toe with the best, he shows that he does not need to depend on another MC to make his song hot.

For a rap album, there are not many featured artists present, just a few rappers such as 2 Chainz, Big Sean and Detail. We also get an outro on the song “Language” by Drake’s boss, Young Money Cash Money CEO, Birdman. Drake is the opposite of everything the world expects from a young MC. He is not rapping about money, cars and women like his other rap opponents. Through his music, we hear stories about him drunk calling his ex, his preference to making love rather than fucking and a romance with a Hooters waitress named Courtney. Drake is not the first rapper to wear his heart on his sleeve, but he is the first to take it and run with it. What will make “Nothing Was the Same” so successful is the real life stories that he tells and how relatable they are.