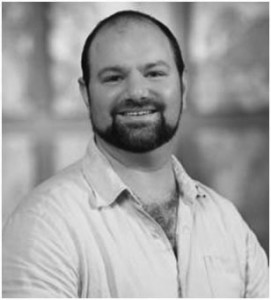 Dr. Jeffrey Heilveil’s door is always open to students interested in broadening their knowledge of biology (and 15 century cuisine). Originally from Anarbor, Michigan, Heilveil is now a professor here in the Biology department. He received his bachelors of science in natural resources and ecology from the University of Michigan and his masters and Ph.D. in entomology from the University of Illinois. In addition to teaching undergraduate classes, Heilveil teaches graduate classes in biology here at SUNY Oneonta.
Heilveil started his post doctorate at North Dakota State University and then went on to work as a professor at Fayetteville University in North Carolina. Shortly after, he came to Oneonta. When asked why he chose Oneonta, Heilveil explained, “The students, the Biological Field Station and the master’s of biology program are what really brought me to Oneonta.” He became a professor because he loves to teach and do research.
Heilveil feels that his teaching helps students work hard and gives them real world skills. He wants to help them think outside the box, figure out what they want to do with their lives and find what they’re passionate about. Heilveil enjoys being able to sit down with a student just to talk and help get them on the right path to have a successful future.
Aside from being known for his delicious chocolate caramel bars, Heilveil enjoys 15 century German cooking and being outside. He always attends the Biology Club’s annual camping trips at the Biological Field Station and enjoys spending time with his seven-year-old daughter, who can be spotted running around the Science Building from time to time
“You learn more in two weeks in an independent study than you do in a semester of lecture,” said Heilveil. He advises students to “do an independent study because you won’t know that you will enjoy doing what it is you want to do until you actually try it.”