For the first time since opening the new stadium in 2009, the Yankees are about to experience turmoil that goes way beyond missing the postseason. In light of the news that they aren’t going to be playing baseball in October, it behooves us to examine the state of this storied franchise.

After a troubling season in which the team was decimated by injuries, the Yankees are going into the offseason with more questions than they’ve had in decades. Mariano Rivera, the best closer in the history of the sport, has retired. Now the Yankees have to replace him, and that could be as difficult as counting rice.

Andy Pettitte has also announced his retirement, leaving a large hole in the rotation. Former catcher Jorge Posada called it quits at the end of the 2011 season. Rivera is now officially retired. The core four that brought the Yankees five championships and pretty much eclipsed immortality is now down to one, and that is in the form of the Captain, Derek Jeter.
After a disappointing ending to his 2012 campaign in which he broke his ankle in the ALCS against the Tigers, Jeter sought to make an impactful return in 2013. Unfortunately, it didn’t go as planned as he re-injured his ankle and sustained other injuries that limited him to just 17 games this season. After experiencing some discomfort in the surgically repaired ankle, Jeter was shut down for the rest of the season on September 11, 2013.
While many questioned if this was indeed the end of Jeter’s career, he made it clear that he wasn’t going to just ride off into the sunset and end his tenure. We will have to wait and see what he plans to do regarding the option on his contract next season.

The state of the Yankees is absolutely dreadful and worrisome to New York fans. When George Steinbrenner passed away, it was evident that this organization that he successfully turned around would be in the hands of his children, and a large amount of work would have to be done to get this team back on top.

Yankees fans may have a complex and enhanced vocabulary, but one thing is for certain, the word “rebuild” isn’t in there. With Robinson Cano becoming a free agent, it is unclear if he will be a Bomber next year. There’s no secret that his new agent, well known artist Jay-Z, will be looking to make a big splash with Cano’s new contract. Will the Yankees pay him or let him go?

Curtis Granderson is another free agent, and rumors have it that he may not be back next year. Alex Rodriguez may be suspended for a lengthy time next year, pending the PED abuse investigation. According to some ESPN sources, the Yankees may also say goodbye to free agents Hiroki Kuroda, Phil Hughes and Joba Chamberlain, who all had their struggles this season.
Jeter and Ichiro Suzuki will both be 40-years-old next year. While both of these astounding players have had great careers, it’s difficult to fight off father time.

Who will catch for this team? Chris Stewart and Austin Romine gave them close to nothing this season. Mark Teixeira seems to be one of the only bright spots next season, but he is also coming off an injury that required surgery on his wrist. Brett Gardner will be their starting center fielder. Alfonso Soriano will be back to play the final year of his contract; he had a sensational season with the Yanks this year. Outside of that, the Bronx Bombers are in a world of trouble. An awful season is now over, but a very interesting one is about to begin: the offseason.

General Manager Brian Cashman will look to add some young players to his roster. They are in dire need of some pitching, and some younger hitters. Assuming David Robertson moves to the closer role, the Yankees will have the one area figured out.

The projected lineup for the Yankees in 2013 didn’t play one game together the entire year. That’s right. Not a single game. Next season will be a rebuilding year for them, and it starts with making some moves at the conclusion of the playoffs. The first step is to sign Cano. This move will be followed by adding other effective players. Good luck in the offseason, Yankees. Is this the beginning of the end? 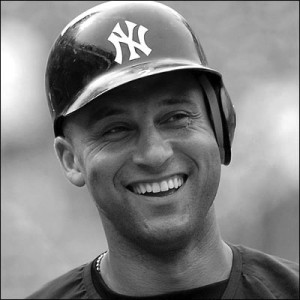