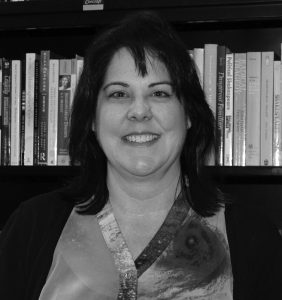 Dr. Finin, an alum of SUNY Oneonta, is a passionate English professor here. While attending school from 1981-1985, she majored in political science with a minor in English. Though she didn’t know what she would do as a career after graduating, she knew she had a passion for issues involving social justice, legal justice and most of all, literature.
As an undergrad, she was editor-in-chief of The State Times during the first semester of her sophomore year and interned with a member of Parliament for The Labor Party in England during her last semester as senior.
After graduating, she took a year off and later attended Binghamton University for graduate school, where she received her doctorate in 1997. Upon graduating, she received the Distinguished Research Award for her work with English Renaissance Drama, and has gone on to present at many conferences, including The Shakespeare Association of America.
She went on to teach part-time here on campus and in 2003, was hired fulltime.
When asked why she wanted to become a professor, she said, “When I started at SUNY Binghamton as a graduate student, I became a teaching assistant. But I didn’t set out to become a teacher; I just really missed the academics. During my years as an undergrad, I didn’t know what I wanted to do, but I was willing to try anything.”
“The best part of my job is interacting with my students and teaching Shakespeare. It’s a lot of hard work, but it’s so much fun. Most students will come into my class hating Shakespeare, and I’m always amazed at how their idea of it is completely turned around by the end of the semester. I love sharing my passion with other people, and I love seeing students come to understand how the issues that are raised in Shakespeare’s plays are still relevant today.”
Furthermore, Finin says that she likes being able to see what her students are interested in. It’s clear that she takes a genuine interest in her students and in helping them become successful during their undergraduate years.
She has a true enthusiasm for teaching and says that the professors of the English department here on campus make it a priority to work one-on-one with students when it comes to their writing. Furthermore, her love of literature comes from an understanding that it can make us think about life on a deeper level. She also mentioned her ability to connect her interests as an undergrad of law and justice to what she teaches today.
When asked what advice she could give to her students, she said “Follow your passions. The job takes care of itself eventually, so don’t settle. Don’t pursue a career for the paycheck. Follow something you’re really going to love doing. It doesn’t always happen right away, but if you follow what you’re passionate about, your life will be more fun and interesting.”
A professor who loves her students and loves teaching Shakespeare, Dr. Finin brings to campus the responsibility we have to ourselves to live up to our full potential by doing what we love and what we’re truly passionate about.