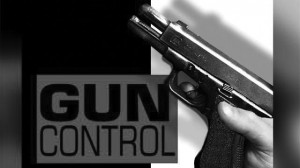 With all of the major c h a n g e s in gun c o n t r o l legislation across the count r y , a n d especially in New York State, gun control has become a controversial topic which many students have strong views on and are personally affected by. Keeping this in mind, SUNY Oneonta’s newly named College Democrats club hosted a debate on the issue last Wednesday. Though the club’s name would indicate that it’s made up of solely those from the left-wing of the political spectrum, the club is quite diverse with its membership containing voices from all ends of the spectrum. This made for a very engaging discussion on the contentious gun legislation changes.

The debate was facilitated by one member who had come up with the key points circulating around the new legislation. First everyone stated their stance on gun control and how much the government should be able to regulate guns. The views were initially sporadic, with those who actually owned guns vouching for a slightly more hands-off position and others stating a desire for tighter control. However, there arose a common thread among the students, with most agreeing that changes were necessary and that there should be some sort of grandfather clause put in place while these changes are still new, so that innocent gun owners aren’t being punished.

One aspect of the issue discussed was whether gun control legislation should lely to the shootings that took
place earlier this year and late last year. The question sparked a strong dialogue. One student claimed,“If the problem was really that rare, would we even be having this discussion?” Many argued that the shootings are not as
few and far between as Americans would like to believe. Another student spoke up saying “New York is already famous for its strict gun laws. Should we change everything because of one bad egg? If we took the same stance with drunk driving then we’d have to outlaw alcohol.”

Another important facet of the debate was the definition of an assault weapon and whether or not the state should outlaw them. One member, who was knowledgeable about the mechanical aspect of guns and the new legislation,
expressed the view that removing assault weapons would not stop mass shootings from occurring, as a shooter can kill
many people with a single hand gun. Many students maintained the belief that an assault weapon is unnecessary
for a civilian to own. One member of the club stated, “There is no real reason for someone to own an enormous assault
weapon” and Mary Beth, the president the club, said “Guns are made to kill, that’s their purpose and no one is going to use an assault weapon to hunt so there’s no other reason to have them.”

Throughout the discussion, one other issue that needs more attention continually popped up, which was the
state of the county’s and even New York State’s mental health system. There was no doubt in the student’s mind that it is a broken one. In fact one member, who had interned with the State Assembly, claimed that it was becoming an even
bigger issue in the city because they’ve had to close down some of the mental hospitals and facilities, making patients transfer to other hospitals and putting a greater strain on them. The state of our mental health system is obviously an entire new topic within itself, but it’s one that can affect many facets of
the gun control debate as well. After all, if the mental health of our citizens is not sufficient, it is far more likely that guns could be put into the hands of the mentally unstable. How to monitor the mental health and stability was one topic that all the students present agreed was almost impossible. By the end of the discussion, attendees
left with plenty of new feedback and perspectives to consider about the gun control debate and how it will affect the country.