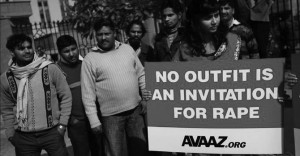 In wake of the horrific gang rape and murder of a young woman on a Delhi bus in December, there has been a call for change, as thousands of outraged protestors have flooded the streets, demanding greater safety and justice for women, leading to stricter laws on sexual assault and human trafficking in India.

President Pranab Mukherjee recently signed off on a cabinet-approved package of new laws regarding rape in India. These changes in the law administer harsher punishments for sexual crimes, such as implementing the death penalty in cases where the victim is killed or put in a vegetative state. Also, the minimum sentence for gang rape has been doubled from 10 to 20 years in prison. This new legislation also makes other strides in crime punishment: voyeurism, stalking, acid attacks and the trafficking of women are now punishable crimes by law.

Many women’s rights activists claim that these changes in the law, although a significant move regarding the protective rights of women, are not pressing enough. While any kind of change is a good thing, these new laws do not cover punishment for crimes such as marital rape, and sexual assault by military personnel. In addition to these, domestic violence is a large problem in India.

Apparently the government intends to take this issue seriously, exhibiting this through the quick installment of the new laws. Yet these changes must now be translated into the law, and ratified by India’s parliament within six months. The proclamation of change, although significant, is nothing until the law is truly enforced, and the differences that are supposed to be made are actually seen.

The issue in India, and many countries that have a heavy amount of sexual violence, is that society turns a blind eye to these kinds of acts. Although laws are important to combat sexual violence, the main solution is to change the way people think.

The rape incident seemed to ignite attention to this widespread issue in India; statistics show that two women are raped every hour in India; however, most sexual crimes actually go unnoticed. Although officials in India seem to be cracking down on cases of sexual assault, many authoritative forces in India are corrupt and are sometimes even involved in sex trafficking ventures themselves. On top of this, activists in India say only about 26 of 100 cases of rape are punished.

It is clear that making any kind of change in a country where sexual crime rates are so high is a good thing, but will this rapid change and sudden surge of attention to issues women face daily really alter attitudes about sexual crimes and women’s safety in India, or even around the world?