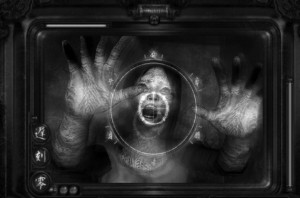 There are a lot of scary games out there these days; games like “Dead Space” with its claustrophobic alien ambushes or “Condemned,” which throws you into the dark as you grab what you can to defend yourself. However, there is no game on the level of the series called “Fatal Frame.”

“Fatal Frame” has four games in total and each is just as scary as the last. Each game’s story revolves around an antique supernatural camera that has the power to exercise ghosts. The idea for the first game is based around a Japanese urban legend. The legend goes that Himuro Mansion was the site of a portal that released bad karma onto the earth every December. In order to seal it, the Himuro family had to sacrifice a maiden in a gruesome ritual every half a century. However, one day a man came to the maiden and tried to save her from her fate. The head of the family was forced to kill everyone with his sword including himself and now their spirits haunt the house of the unsealed portal.

Each game after that then follows a similar formula where a ritual goes wrong and your character is trapped with the ghosts. In each game there is a female main character, but in the third and fourth installment the player can use male characters for a short time as a part of the story. While the first one only took place in a house, the second takes place in an entire village crawling with ghosts. The third game puts all them both together featuring the mansion and the village in a dream world, but also some time in the character’s home in the real world. Then in the fourth game you walk around on a haunted island. While going through these creepy places, pieces of folklore and diaries of the deceased will appear and unravel what exactly is going on. Some of this information even gives the ghosts a back-story explaining how they died.

What makes this game scary involves a bunch of creepy and tense elements mixing together to form a fear smoothie. To begin with, the atmosphere of these games is dark and has a bunch of sounds in the background to make any player paranoid at all times. It does a good job of making the player feel alone and helpless. The game uses a special sound technology called ARNIS which simulates surround sound even if you don’t have it. Going through the game, the ghosts will come in at random or when progressing through a certain room as part of the story. Sometimes this room is only a ten by ten doll room with all the doors locked and two child ghosts trying to stab you. To make things even tenser, the only way to kill the ghosts is by taking their picture in a first person mode. While running away is an option, it’s not any easier than fighting them. In fact some ghosts kill you in one touch, making the run for your life down maze-like corridors your only option.

That’s still not all though. The characters also have the slowest moving speed next to sloths and turtles. They will casually trot away from super-fast ghosts that go through walls and reappear down the hall. Doors and items get picked up and opened with all the hesitation in the world. This plays a major role in the fourth game, where ghosts may randomly go to attack you right before you reach for an item. The most horrifying moments have to be when the character gets low on health and multiple ghosts ambush you around a corner.

A little suggestion when playing: don’t play alone. The screaming will drive the people next door to you crazy.