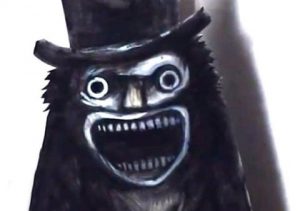 As Halloween nears, people are getting into the spirit by watching all kinds of scary movies. However, a lot of modern horror films aren’t about being terrifying at all. Instead, they’re about packing a 90-minute movie full of cheap jump scares and showing a scary monster at the end. Imagination and atmosphere have gone out the window over the last few years in regards to horror films.

Look at some of the mainstream horror movies that have come out in the recent past. The abysmal Paranormal Activity series just released its sixth film in the franchise, yet it hasn’t evolved past showing nothing of interest for most of the movie and then blowing up in the last two minutes. The remake of Poltergeist that was released over the summer did nothing to truly improve on the original. It was stuffed with unnecessary computer graphic imagery and jump scares, which made viewers lose any chance of being actually scared because it was so evident that the movie was unrealistic. The Gallows, another movie attempting to capitalize on the now oversaturated “found footage” style, brought nothing new to the table, with no character development and numerous plot inconsistencies.

So why is it that modern horror movies are so shallow and unoriginal?

With the release of the first Paranormal Activity in 2009, it became evident to studios that money could be made off of movies built around jumps with relatively small budgets. Audiences eat this up; they sit and eagerly wait for easily anticipated jump scares, and then when they finally come, they consider it to be scary. Audiences don’t care about plot, character development, or genuine tension. They care about hearing loud noises and seeing CGI monsters.

Let’s get something straight: jump scares are not scary. It wouldn’t matter if a kitten appeared on the screen; if there were an explosion of noise to accompany its appearance, people would jump. It’s an unavoidable reaction, which is exactly why it’s not scary. It doesn’t do anything to develop a villain or the atmosphere. They actually cause the audiences to be less afraid as the movie progresses because they’ve gotten used to the sudden noises that have been overused throughout the movie. If something actually terrifying occurs, but isn’t set to a loud noise, people aren’t even going to be afraid of it.

Mature horror movies don’t rely on these cheap tactics. They focus on real character development, both for the heroes and villains, and creating an unsettling atmosphere. For example, the 2014 movie The Babadook was a movie that received critical acclaim for its structure. The movie focused on the theme of grief and what it can do to a person. The monster of the movie is rarely shown, but it doesn’t have to be, because its mere effect on the characters’ minds is enough to truly unsettle and terrify the viewer. It Follows is another horror movie more focused on building tension and atmosphere instead of over saturating it with jumps. There is actually a theme that critically thinking viewers will be able to get something out of as the movie progresses.

If you want to be scared by horror movies, don’t lower your viewing to the bottom-of-the-barrel movies like Paranormal Activity, Sinister, The Gallows, or Ouija. Check out both modern and classic films such as The Babadook, It Follows, Oculus, Nosferatu, Halloween, or The Blair Witch Project. Find movies that respect the viewer’s intelligence and emotions, rather than spoon-feeding them jump scares and hollow plots.