Ah spring, a time where Mets fans hopes run high on the promise of a turnaround season filled with optimism. However, as Mets fans know all too well, that optimism is soon squelched after New York fizzles out by August. This season seems a bit different though, with a strong pitching staff and young talent budding to the surface there is a glimpse of hope that the Mets can push for a playoff berth for the first time since 2006.

Pitching will undoubtedly be the anchor of the 2015 squad. There is a plethora of young strong arms on this staff, but none will garner more attention this year than Matt Harvey. Coming off Tommy John surgery and a rehab process that seemed to last forever, Harvey is ready to lead this team. The return of Gotham’s “Dark Knight” will play a vital role in how far this team goes. Behind Harvey there is no shortage of talent: with Jacob DeGrom and Jon Niese  ready to start important games. 41 year-old Bartolo Colon is still on the roster and will likely take up a starting spot because it is unlikely the Mets will find a trading partner for him.  It originally looked like Dillon Gee would be on the outside looking in, but starting pitcher Zack Wheeler will undergo Tommy John Surgery and miss the entire season.  It is now Gee’s time to prove his worth. But with Noah Syndergaard fighting to get to the MLB we can only speculate how the starting five will sort out. Despite who starts, the Mets pitching has the potential to be one of the best .

This here will ultimately be what either sinks the Mets or keeps them afloat. Scoring runs will be a problem for New York. The Mets boast one of the most unimpressive lineups in baseball, not a single player projected to be in the starting lineup batted above of .300 last season. Questions are abundant for these hitters: the driving force behind the Met offense for years, David Wright is coming off his worst season and, at 32, is only getting older. Can he return to form?
Despite having a pile of offensive question marks, New York did little to address the issue in the offseason. Their big signing was 35 year-old Michael Cuddyer, who is certainly not a game changer. Curtis Granderson is a boom or bust player at the plate and Wilmer Flores is a borderline major league player, especially defensively. Daniel Murphy is a solid player and likely the Mets best hitter. Lucas Duda provides some pop and young Travis d’Arnaud has promise. But will it be enough to provide for the strong pitching?

The Mets play in a largely weak National League East where only the Washington Nationals and  Miami Marlins look to be competitive. Pitching will not be an issue for New York, even if  another one of their starters goes down. The million-dollar question is whether they can score enough runs to support their pitchers. With Manager Terry Collins on the hot seat and Mets fans waiting for results, there is a lot on the line this season. Their best-case scenario: reaching the playoffs via a Wild Card berth. Their worst-case scenario: missing the playoffs for a ninth straight year and finishing fourth in the NL East (no worries the Phillies will likely be the cellar dwellers). 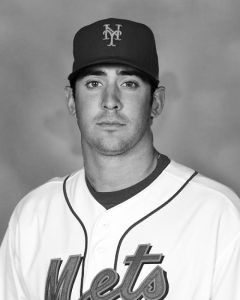