New York is one of the toughest places to play a sport at a competitive level. Professional athletes suffer from a great amount of pressure on the highest stage, and playing in the Empire State is the highest of the high. Unfortunately, throughout the year of 2013, New York sports on all levels have been atrociously bad.

Mets fans this past season heard startling news about Matt Harvey’s pending Tommy John surgery. Harvey’s surgery is one of the worst things Mets fans have heard in a long while. Keep in mind this is a franchise that traded Hall of Famer Tom Seaver. Nonetheless, Mets General Manager Sandy Alderson has stood by his word that the Mets will be a playoff team in 2014. Signing outfielder Curtis Granderson has strengthened that claim, but times have been tough for the Mets faithful for a while, and fans are desperate for some October baseball.

The vast majority of Yankee headlines this season came from the departure of future Hall of Famer and baseball legend Mariano Rivera. Despite the heartwarming farewell, fans of the pinstripes hold their team in high accountability and were not pleased with the results of the 2013 season. Fans are also griping about the recent departures of second baseman Robinson Cano and outfielder Curtis Granderson, but the payroll of the Yankees often has its perks. The recent additions of catcher Brian McCann, along with outfielders Carlos Beltran and Jacoby Ellsbury may rejuvenate the Yankees postseason hopes in 2014.

The New York Giants entered the 2013 season with playoff aspirations. But after a disastrous 0-6 start, fans’ hopes turned to disappointment. The Giants have done what they could to revive their playoff dream by winning five of their last seven, but chances are still slim. Of all the New York struggles, the Giants’ woes may have come across as the most shocking.

Entering the 2013 NFL season, the New York Jets did not exactly have high hopes after an embarrassing 2012 campaign. A good start to their season and a shocking upset victory over the New Orleans Saints gave Jets fans the belief that perhaps management had actually made some good decisions for them this season. However, the Jets also have slim hopes of sneaking into the playoffs this season and need a lot of good things to happen to turn everything around. The inexperience of Geno Smith may be too much to overcome for this season.

In the NBA, the New York Knicks and Brooklyn Nets have had unspeakable struggles. The Knicks won the battle of mediocrity in Brooklyn for the season’s first divisional matchup between those two teams, but that doesn’t take away from the horrors that New York basketball fans have had to witness so far in this 2013-14 season. The Knicks suffered a disturbing nine game losing streak after dominating as a two seed in the East the previous season. The Nets have struggled immensely with their new starting five and new Head Coach Jason Kidd. The season is young and the Eastern Conference has left a lot of room for change in the standings, so time will tell of these teams’ woes and if they can turn it around.

As for hockey, the New York Islanders made a big trade to acquire forward Thomas Vanek from the Buffalo Sabres, but that has not answered the problem that the Islanders have suffered time and time again: their defensive struggles. Injuries have made it worse, and Radek Martinek just isn’t the same player Islanders fans have come to expect. The New York Rangers, however, have been the best team in New York. With the only team in New York having an above .500 record, the Rangers have recently re-signed their hero Henrik Lundqvist for seven more years.

The New York media magnifies the struggles of any franchise in the area. Not only because there are more teams available to cover, but because it’s a city where a lot of people love their sports. People in the concrete jungle know what it’s like to overcome tough circumstances and winning in New York can be like that as well. It may be one of the toughest places to play, but winning in New York may be the most special thing in the world. Hopefully fans will be reminded of that fact in the near future. 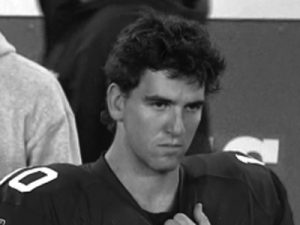